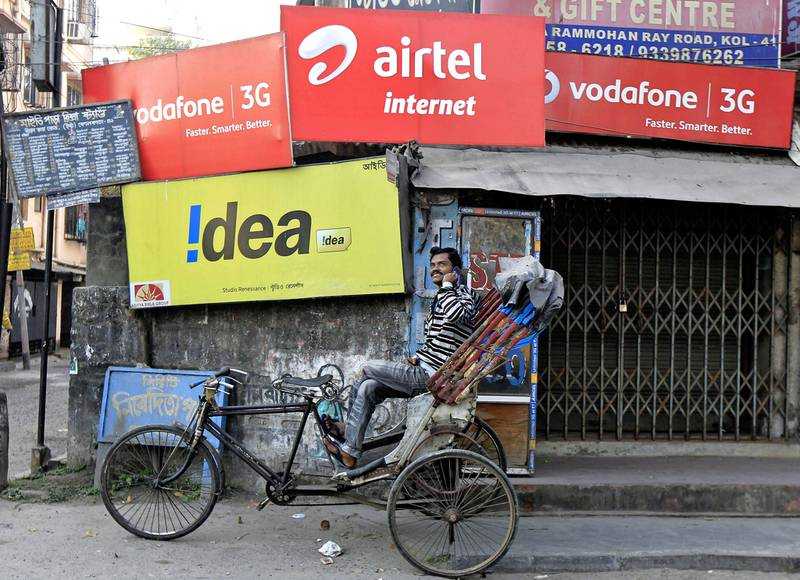 Collected Image
The race to introduce fifth-generation (5G) telecoms services is heating up in India, as Asia's third-largest economy auctions its airwaves to offer the latest technology to its more than 1.3 billion inhabitants.

Fifth-generation technology, which can be 10 times faster than 4G, is expected to boost India's digital sector. Bidding for 5G is heating up between Indian telecom operators with deep pockets. There is a lot at stake, and the size of investment needed to develop more infrastructure for the service to take-off is huge.

“As the country’s top telcos participate in the ongoing 5G spectrum auctions, we’re now one step closer to finally having access to the fifth generation network,” said Peeyush Vaish, a partner and telecoms sector leader at Deloitte India. “It is set to transform the Indian telecommunication industry.”

The auction started on July 26. The process has attracted 149.85 billion Indian rupees ($18.9bn) of bids so far, the government said on Saturday. Reliance Industries' Jio, the telecom company of the conglomerate controlled by India's richest man, Mukesh Ambani, is leading the way.

Competitors Bharti Airtel and Vodafone Idea are bidding, too, while billionaire Gautam Adani's Adani Enterprises has also thrown its hat in the ring.

The introduction of 5G is part of the push by Prime Minister Narendra Modi's government to accelerate growth in India's digital sector. New Delhi, under its Digital India campaign banner, expects the value of the sector to reach $1 trillion by 2025.

Although the auction will also bring in much-needed revenue for the government as it tries to narrow its fiscal deficit, the allocation of 5G airwaves will help overall economic growth.

“The 5G auction shows the industry now wants to expand … into a new growth phase,” Ashwini Vaishnaw, Minister of Railways, Communications and Electronics and Information Technology, said at a press conference on Saturday.

Simultaneous growth of 5G and the country's economy is “the thought process that is driving the auction”, he said.

Over the years, India's telecom sector has had its share of controversies, including an alleged 2G scam case in 2007, and, more recently, a Supreme Court battle over telecom companies' dues to the government.

India's telecom sector has, in recent years, experienced a lot of volatility and disruption, especially after Jio launched its services in 2016.

The company's cut-price deals intensified competition in the sector to the extent that it pushed a few rivals out of business and accelerated the pace of consolidation in the industry.

The broader digital sector has grown rapidly and has been a magnet for foreign investors, with Reliance's digital division Jio Platforms attracting investment from Google and Facebook.

The latest digital sector battlefield is 5G, and Jio has been the most aggressive in the bidding process, paying the highest “pre-auction deposit”.

However, what attracted a lot of interest is the surprise entry of Adani Data Networks, which has indicated its interest in buying airwaves for a private network.

Mr Adani, the country's second richest man, is now directly competing with Mr Ambani for the same asset. There is “tremendous interest” from these companies in the 5G auction because of the role this will play across all business sectors, from agriculture to energy, said Tanvi Kanchan, head of corporate strategy at Anand Rathi Shares and Stock Brokers.

With super fast data speed, 5G is among the building blocks of Internet of Things and virtual reality, and can, supporters say, lead to dramatic improvements in live streaming and gaming capabilities in India.

Mr Vaishnaw said the government wants to expedite the auction, allocation and introduction of 5G, with a target of launching the service in October and then expanding it “very rapidly”. “Within the coming one-and-a-half, [or] two years, we should see a significant presence of 5G in the country,” he said.

Analysts, however, said that a large-scale introduction of 5G could end up taking double the time as India is already behind the curve compared with many other countries.

Even in places such as the US, the transition to 5G is proving slow. “5G will be an expensive roll-out,” said Utkarsh Sinha, managing director of Bexley Advisors, a boutique investment bank based in Mumbai. “On top of the high bids placed by leading contenders, the equipment and installation costs are also exponentially high.”

Fifth generation is also a shorter range technology than 4G. That is offset somewhat by the high device density that 5G supports, but on the whole, “we can expect significant costs and time in achieving full-fledged network deployment”, Mr Sinha said