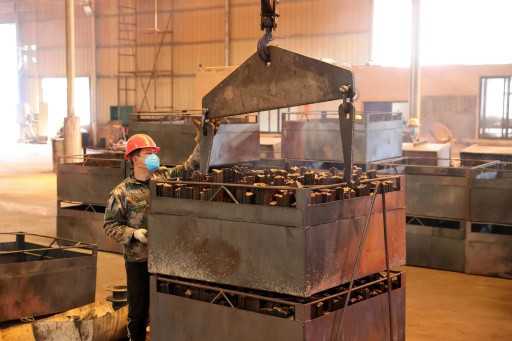 Inflation in China slowed in January, official data showed Wednesday, as the government pledged to keep prices in check in the world's second-biggest economy. The producer price index (PPI), which measures the cost of goods at the factory gate, rose 9.1 percent on-year, according to the National Bureau of Statistics, tracking falls in coal and steel prices.

It was below the 9.5 percent forecast in a Bloomberg survey of economists, and marked the third straight month of PPI easing. It was 10.3 percent in December 2021.

The consumer price index (CPI), a key gauge of retail inflation, rose 0.9 percent on-year in January. That too was below analysts' expectations and down from December, when it came in at 1.5 percent. Dong said consumer prices remained largely stable ahead of the Lunar New Year holidays.

The price of pork, a staple meat, dropped 41.6 percent on-year due to a high base of comparison last year. The official data followed a warning on inflation from Premier Li Keqiang on Monday at a State Council meeting.

"We are confident and capable of tackling inflation, but we must stay on alert," he said, according to the official Xinhua news agency. "Should inflation occur, it would cause a major impact on the society. Therefore, it is crucial to ensure supply and keep prices stable." The Xinhua report on the meeting said the government will make efforts to ensure food and energy security, including the increase of coal supply and support for coal-fired plants to run at full capacity.