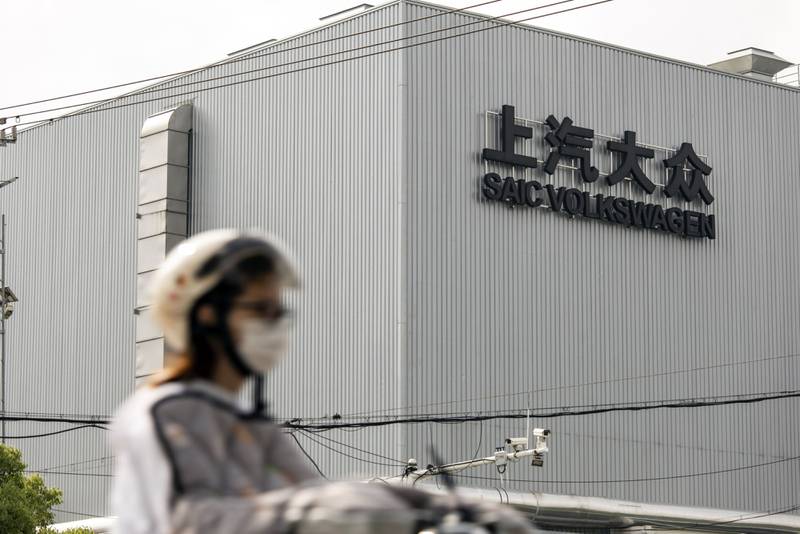 Collected Image
A slow roll-out of electric cars and continued demand for internal combustion engine models in China, the largest market for cleaner vehicles, is setting some of the world’s biggest car makers back.

Among the joint ventures of major international players, 10 are at the bottom, ranking worst in terms of combustion-engine sales, according to CMB International Capital and using data from the China Association of Automobile Manufacturers.
Read More : The Federal Tax Credit for Electric Vehicle Chargers is Back
As consumer appetite in China for EVs grows, the glory days for foreign car makers that continue to cling to petrol-fuelled models may be numbered. Stellantis’s announcement in July that it was shutting its only Jeep plant in the nation raised some unsettling questions about what the future holds for international manufacturers.

“It doesn’t matter if you’re local or foreign, whoever has more resolve in going electric, whoever moves faster will have a better market share,” said Yale Zhang, the managing director of Shanghai-based consultancy Automotive Foresight.

“If their EV roll-out is quick, JVs will still have a chance. If they continue at this pace, they’re not going to make it in time for the explosive growth window in the next few years.”

Most global car makers have been far too slow with their electrification efforts, according to Mr Zhang. While over half of the cars sold by Chinese brands in October were electric, EVs made up a paltry 4.6 per cent of mainstream joint-venture brands’ sales.

Volkswagen, China’s best-performing foreign marque, only sold around 130,000 EVs in the country from January through to September, amounting to 7.6 per cent of its total sales in the country, far behind the pace of EV uptake more broadly.

Close to one-third of new cars purchased last month were new-energy vehicles, which includes plug-in hybrids and pure battery-electric cars, up from fewer than one in six a year ago.

Buyers in China are instead increasingly choosing domestic EV brands that are competitively priced, eye-catching, and with smart features such as in-car entertainment and autonomous driving.

Home-grown marques — led by BYD — accounted for almost 80 per cent of EV sales in the first seven months of 2022, according to China’s Passenger Car Association.

To be sure, there is still a large market for internal combustion engine cars in China and not all foreign car maker JVs are struggling.

Volkswagen and Toyota have reported a rebound in combustion-engine sales since June, driven by 60 billion yuan ($8.4bn) of government tax rebates.

October car sales for FAW-Volkswagen rose almost 10 per cent from a year earlier, while GAC Toyota’s increased by 45.4 per cent year-on-year. And two-thirds of China’s 15 best-selling carmakers this year are still foreign-local ventures.

“There are still JVs that have built strong brand images and accumulated large cash balances for reinvestment in China, such as luxury brands, leading Japanese brands and German brands,” said Jing Yang, a Shanghai-based research director at Fitch Ratings.

“Conservative consumers will wait longer” before going electric due to range anxiety, a lack of charging facilities in some regions and because they want to hold out for more lasting technological breakthroughs, she noted.

International producers also still stand to benefit from having a domestic partner. Although overseas car makers have been allowed to take full control of their Chinese ventures since January, abolishing a three decade-policy that mandated they operate in carmaking alliances with local competitors, this newfound freedom has not resulted in many foreign car makers striking out on their own.

Tesla is the notable exception, being the only foreign car company able to play solo in China — one of the several concessions Elon Musk won from Beijing.

While 30 years ago, it was China’s fledgling automotive industry that needed foreign knowledge, now, the roles are reversing. Chinese companies are currently much further ahead in the EV race, especially in their understanding of what local buyers are looking for, according to Shi Ji, a Hong Kong-based executive director with CMB International Capital.

With annual sales of NEVs in China projected to reach 22.3 million by 2040 — one-third of worldwide NEV sales on BloombergNEF estimates — it is a market global giants cannot afford to get wrong.
Source: https://www.thenationalnews.com