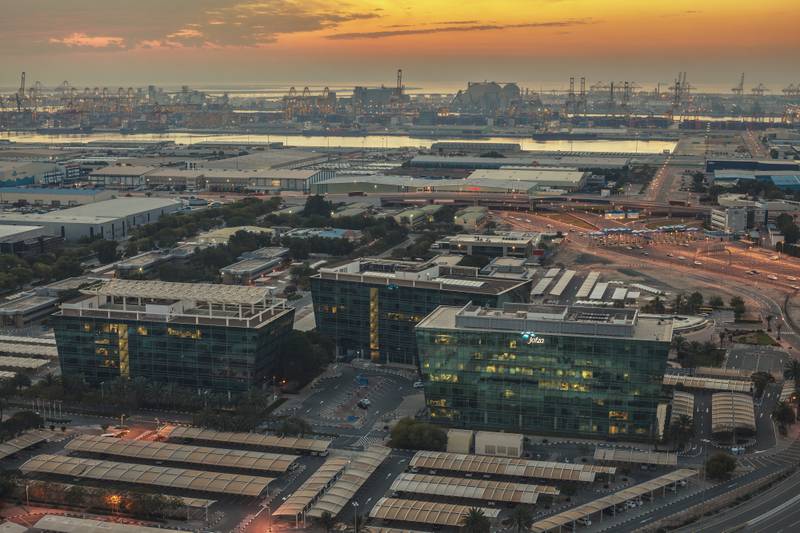 Jafza, part of Dubai ports operator DP World, registered an increase in trade despite ports worldwide facing congestion because of Covid-related lockdowns and other restrictions.

The UAE’s used car market is expected to reach Dh112bn ($30.49bn) in revenue by 2025, driven by increasing demand, according to a report by Ken Research.

To support the market’s growth, Jebel Ali Port facilitates the export and import of used cars. Its roll-on, roll-off terminal can handle up to a million car equivalent units (CEUs). It can also store up to 27,000 CEUs within its quayside yards, including a multi-storey facility, the largest in the region, Jafza said.

Prior to import or export from the port, automotive manufacturers, dealers and importers can also use the pre-delivery inspection facilities in Jafza for services such as light accessory fitting, vehicle storage, washing, age prevention and audio system installation.

In June, Jafza opened Yiwu Market, the first smart free zone market in the Middle East, which was set up in line with the UAE's aim to facilitate trade by easing supply chain shortages after the pandemic.

With companies from 70 countries and a workforce of nearly 8,000, Jafza’s infrastructure and trade volumes are an attraction for industry majors such as Ford, General Motors, Honda, Hyundai, Nissan, Mitsubishi, Volkswagen and Volvo, the statement said.

Jafza recorded a 19 per cent year-on-year increase in trade to Dh454.7bn ($123.8bn) in 2021, as its proximity to Jebel Ali Port and Al Maktoum International Airport helped the free zone facilitate the flow of goods during a challenging year.

It also recorded an increase of nearly 19 per cent in the number of new companies registered in 2021, bringing the total to more than 9,000. The UAE is boosting its trade volumes as it rebounds from the pandemic-induced slowdown on the back of government measures and higher oil prices.