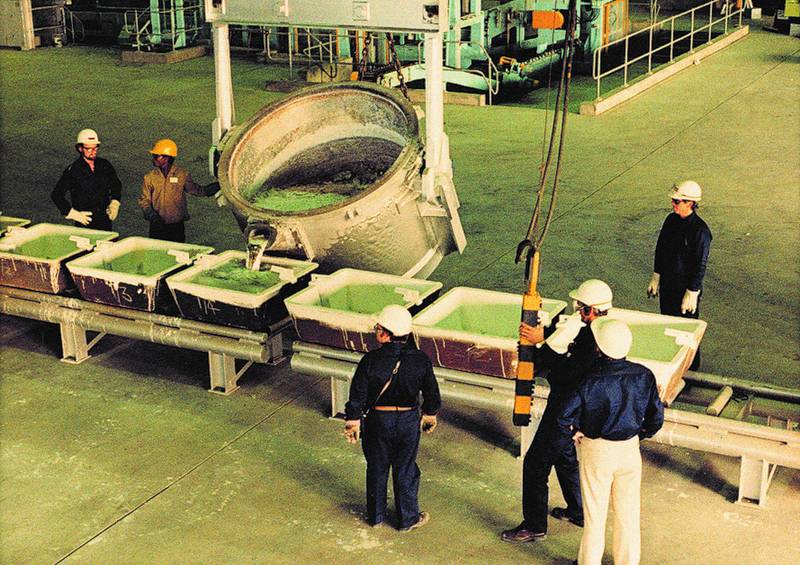 Collected Image
Emirates Global Aluminium, the UAE’s largest industrial company outside the oil and gas sector, says it has hit a production milestone of 40 million tonnes of hot metal made since its inception in 1979.

This means “almost 3 per cent of all the aluminium ever made” has been produced by EGA in the UAE, the company said on Monday.

“Reaching 40 million tonnes of hot metal production is a proud moment for everyone who works at EGA. Since EGA was founded … we have been a pioneer of economic diversification in the UAE, while growing into a champion of the aluminium industry globally,” chief executive Abdulnasser bin Kalban said.
Read More : EGA aims to decarbonise its operations as demand for green aluminium spikes
EGA, which is jointly owned by Abu Dhabi’s strategic investment arm, Mubadala Investment Company, and the Investment Corporation of Dubai, operates aluminium smelters in Jebel Ali and Al Taweelah, a refinery in Al Taweelah and a bauxite mine and associated export facilities in Guinea.

The UAE is the fifth-largest aluminium producing country in the world. EGA’s aluminium is the biggest made-in-the-UAE export after oil and gas and is shipped to more than 50 countries.

The aluminium sector accounts for 1.5 per cent of the Emirates' economy, according to EGA. It took almost 30 years for EGA to reach its first 10 million tonnes of production but in the past decade EGA’s growth has accelerated. Last year, EGA sold 2.54 million tonnes of cast metal.

In 2021, EGA became the first company in the world to make aluminium commercially using solar power. It produces approximately 40,000 tonnes of the green aluminium, called CelestiAL, which is being supplied to German car manufacturer BMW.

Adjusted earnings before interest, taxes, depreciation and amortisation surged to Dh7.6 billion ($2.1bn) in the six months to the end of June, more than doubling from Dh3.5bn in the same period a year earlier.

Net profit for the first six months of the year climbed to Dh5.9bn, from Dh1.7bn at the end of June 2021. Revenue for the reporting period rose to Dh18.3bn, a jump of about 70 per cent from a year earlier.
Source: https://www.thenationalnews.com