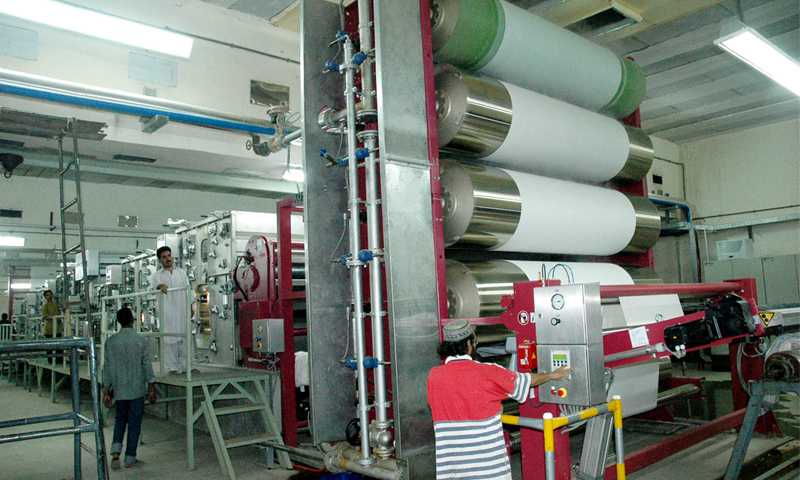 Collected
Pakistan’s exports of textile and clothing rebounded in March mainly due to value-added sectors and posted a rise of 30.4 % from a year ago, showed data released by the Pakistan Bureau of Statistics (PBS) on Friday.

The export value of the sectors edged up to $1.355 billion in March from $1.039bn over the corresponding month of this past year. Growth in exports of value-added sectors contributed to an increase in overall exports from the sectors.

In February, textile and clothing exports shrank 3.12pc on a year-on-year basis.

The July-March figures showed that growth in textile and clothing exports originated from the value-added sector. The worthiness of exports reached $11.35bn in the July-March period this year as against $10.41bn over the corresponding months of last year, showing a rise of 9.06pc.


The Economic Coordination Committee of the Cabinet has allowed import of cotton and cotton yarn from India but the same decision was reversed in the Federal Cabinet.

Product-wise details reveal exports of ready-made garments up by 22.9pc in value, accompanied by knitwear 49.64pc, bedwear 43.71pc and towels 20.95pc through the month under review. Pakistan and China’s exports of apparel exports posted a considerable growth to USA in comparison to regional countries in the past few months.

The government has already abolished duty and taxes on commercial raw materials and paying down past pending refunds to exporters. The devaluation of the rupee and lower interest accelerated commercial growth, especially in the export-oriented industries.

In line with the PBS data, the export of cotton yarn posted growth of 39pc in March from this past year, followed by cotton cloth 8.7pc, and cotton carded 100pc. The export of yarn apart from cotton yarn also recorded a rise of 56.87pc during the month under review.

In the non-value-added sectors, exports of tents, canvas dipped 34.09pc followed by raw cotton by 100pc. However, the export of art and silk increased by 32.72pc, made-up articles excluding towels, bedwear 12.48pc and other textile products 41.03pc through the month under review.

Between July and March, the entire exports reached $18.68bn as against $17.44bn over the corresponding months of this past year, indicating a rise of 7.13pc.

In the nine months of this fiscal year, the import of textile machinery posts a paltry growth of 7.72pc. This means that that the industry has started importing textile machinery within modernisation or expansion in the sector.

To bridge the shortfall in the domestic sector, the industry imported 624,945 tonnes of raw cotton between July to March against 338,244 tonnes this past year, showing an increase of 84.76pc. Similarly, the import of synthetic fibre posts growth of 52.29pc as industry imports 346,254 tonnes this season as against 227,365 tonnes.