'Historic day' for US economic recovery after unemployment dips 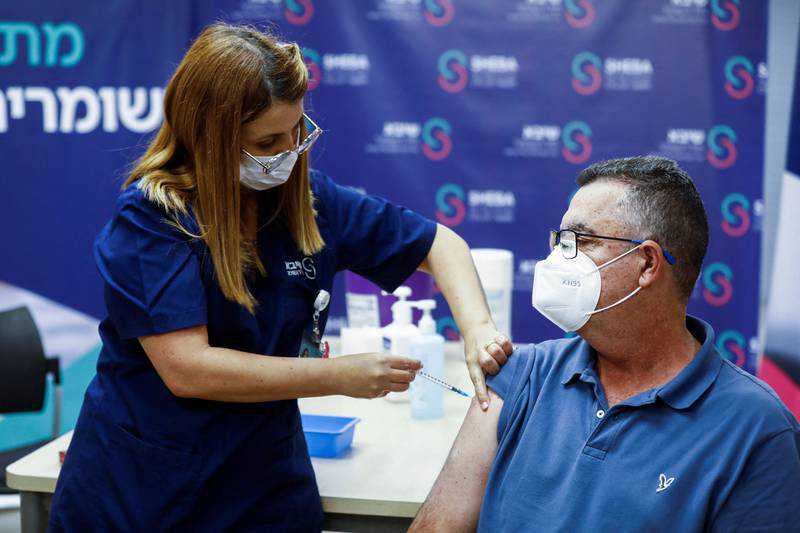 The US Labour Department said on Friday that the nation’s unemployment rate in December fell to a healthy 3.9 per cent from 4.2 per cent in November. US employers added a modest 199,000 jobs last month, bringing 2021's total figures to a record 6.4 million jobs added.

“I think it's a historic day for our economic recovery,” Mr Biden said. “That's the most jobs in any calendar year by any president in history.”

Pushing back against criticism over a recent statistic that showed 4.5 million Americans quit their jobs in November, Mr Biden said the figure indicates upwards mobility.

After shedding more than 22 million jobs at the start of the pandemic, the widespread availability of vaccines in early 2021 supported a bounce-back in demand for services as pandemic-weary consumers ramped up spending on travel and dining out.

Mr Biden once again renewed his call for Congress to pass his stalled $2tn social spending bill and ratcheted up his rhetoric against Republicans who he says are obstructing progress.

“I refuse to let them stand in the way of this recovery and now my focus is on keeping this recovery strong and durable, notwithstanding Republican obstructionism,” he said.

The economy has also shown resilience in the face of surging inflation, the prospect of higher loan rates and the spread of the Omicron variant. Most businesses reported steady demand from their customers despite chronic supply shortages.

Consumer spending and business purchases of machinery and equipment are likely to have propelled the economy to a robust annual growth rate of roughly 7 per cent in the final three months of 2021.

Americans’ confidence in the economy rose slightly in December, the Conference Board reported, suggesting that spending probably remained healthy through the end of the year.

Economists have cautioned that job growth may slow in January and possibly February because of the spike in new Omicron infections, which have forced millions of newly infected workers to stay home and quarantine.

Omicron will also probably weigh on jobs at restaurants and bars. The number of Americans willing to eat at restaurants started to slip in late December, reservations on the website OpenTable indicated.

Restaurant traffic was nearly at pre-pandemic levels for much of November but had fallen about 25 per cent below those levels by December 30, based on a weekly average of OpenTable data.

Other measures of the economy have mostly reflected a resilient economy. A survey of manufacturing purchasing managers found that factory output grew at a healthy pace in December, if slower than in previous months.

Car dealers reported that demand for new vehicles is still strong, with sales held back by semiconductor chip shortages that have hobbled auto production.