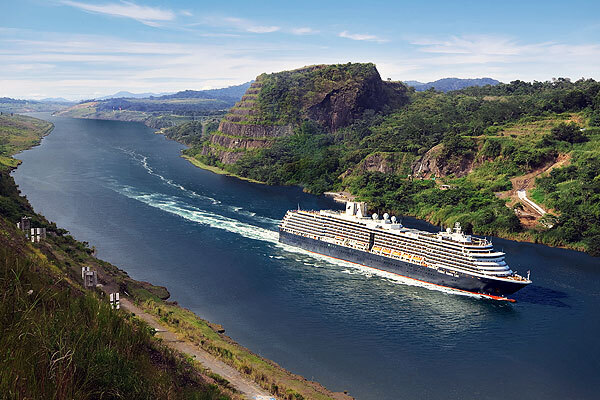 Collected Image
With celebrations for its 150th Anniversary year underway, Holland America Line is introducing Heritage Cruises that authentically focus on ports rich in the brand’s history and feature unique onboard and shoreside experiences. From a marquee city like Rotterdam, the Netherlands, that shares an intwined connection to the company’s beginnings to meaningful ports like Skagway and Juneau that introduced the world to Alaska cruising, guests will become fully immersed in Holland America Line’s Dutch seafaring heritage.

Over the next year, 48 “Heritage Cruises” will be rolled out with special itineraries in Alaska, the Caribbean, Northern Europe, Mediterranean, Australia/New Zealand, Hawaii, South America and Mexico. Guests who want to explore dedicated Heritage Cruises can click a link on Holland America Line’s homepage that will display the departures.

“As a beloved company that’s been around for 150 years, these special Heritage Cruises allow us to continue celebrating Holland America Line with our guests in a meaningful way,” said Gus Antorcha, president of Holland America Line. “We have a deep connection to ports around the world, and we’re excited to show how each highlighted destination has shaped our brand.”

With a history that spans centuries and continents, Holland America Line’s cruises have called at hundreds of ports around the world. The Heritage Cruises shine a spotlight on 56 ports of call and delve into the region-specific stories that connect these locales to the cruise line.

Shipboard display screens will showcase the ports’ historical moments, photos and fun facts, while other touches like region-specific drinks and menu items bring the destinations to life on board.

150th Anniversary Celebrations on All Cruises
A Captain’s Gala Menu one evening in the Dining Room is a collection of classic dishes, with every option coming from a previous Holland America Line menu.
New exclusive Holland America Line “De Lijn” gin follows a western-style flavor profile, capturing the essence of rose and orange, alongside a tinge of lemon verbena and raspberry. De Lijn is featured in three new anniversary cocktails: Dutch 150, 150th Martini and 150th Gin and Tonic.
HAL Pils, a limited-edition 150th Anniversary Pilsner made in partnership with Pikes Brewing from Seattle, in a commemorative can.

“Origin Story” is a visual telling of the company’s history from founding through present day. The presentation is offered in the World - Stage with LED screens that envelop the audience in an emotional journey.