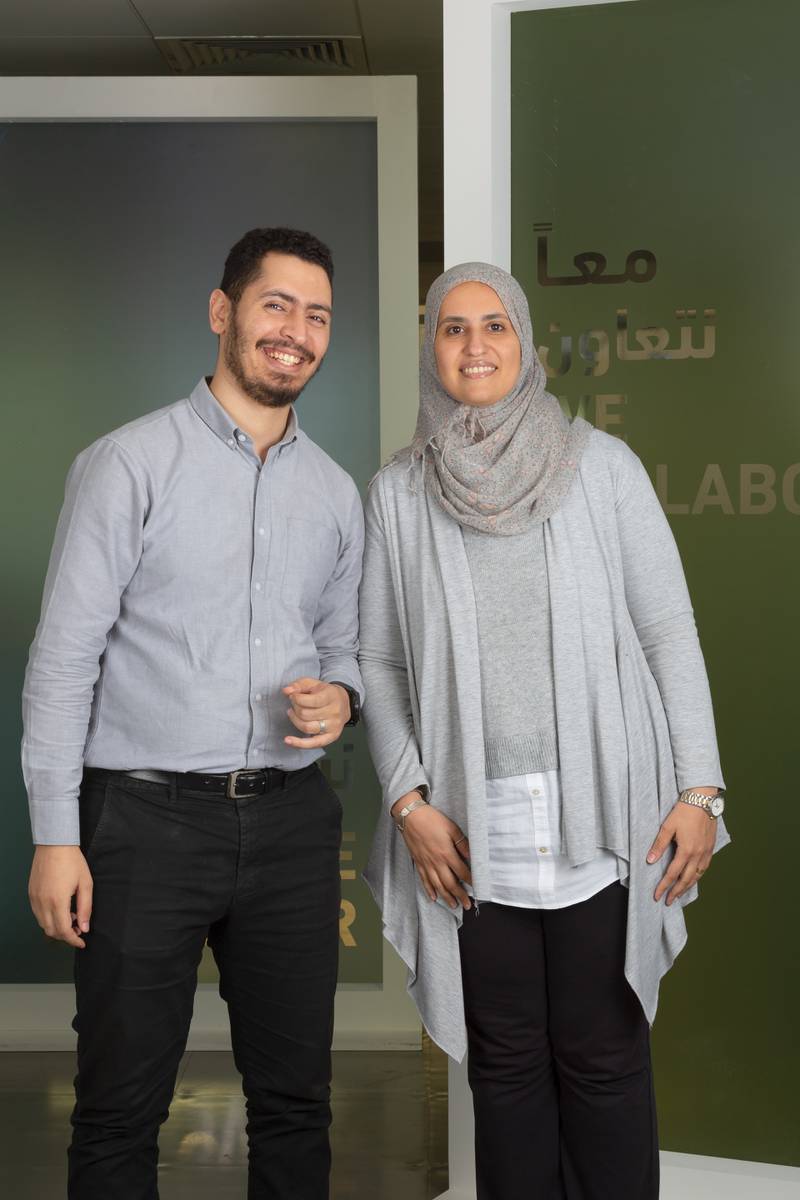 Collected Image
Abu Dhabi-based start-up I Hear You is seeking to bridge a communication gap between deaf people and the hearing community through a mobile app that translates sign language to text and audio and vice versa.

The app uses a sign language keyboard and 3D character animations that can be applied in both individual and corporate contexts. This with the aim of fostering inclusivity and upholding the basic right of every person to be heard.
Read More : Google fails to overturn EU’s €4BN+ Android antitrust decision
The digital service was even more necessary during the Covid-19 pandemic that severely affected deaf people and further deepened their isolation during a period of lockdowns, Mohammed Aboelazm, 28, the Egyptian co-founder and chief executive of I Hear You, said.

"The whole purpose of I Hear You is we're trying to bridge a gap in a communications problem, we're not solving a disability issue ," he said. "For example, instead of hiring an employee to serve deaf people, you can hire a deaf person directly to serve both deaf and hearing people.

"The value proposition of I Hear You is to become a Google translator for sign language. Sign languages are equal to other languages in the world and deserve attention."

There are more than 300 different sign languages in the world, spoken by more than 72 million deaf, or hard-of-hearing people, worldwide, the World Federation of the Deaf says.

Hearing loss is on the rise. Currently, one in five people globally live with hearing loss and by 2050, one in four people are projected to have problems with their hearing, the World Health Organisation says.

Nearly 80 per cent of people with disabling hearing loss live in low- and middle-income countries, the UN agency said, urging governments to act quickly to provide access to ear and hearing care for all.

The idea for I Hear You came to Mr Aboelazm during his university days in Egypt back in 2015, following an incident that stayed with him for years. He witnessed a car accident that involved a deaf person who was asking for help in sign language, but Mr Aboelazm could not understand the distressed man and found it difficult to secure the right assistance quickly. "This left me with the determination to solve this communication problem," Mr Aboelazm said.

The incident left a deep impression on the computer science student at the time and inspired his graduation project: a mobile app for one-way translation from Egyptian sign language to written communication.

"The fact that there are multiple sign languages is an advantage because we connect with the community for every language, we don't just throw at them a generic language," Mr Aboelazm said. "One of our future growth plans is to translate from one sign language to another."

The start-up is also focusing on companies and government entities with a corporate version of its app to help them to offer services in sign language and better cater to deaf people.

I Hear You is currently working with Abu Dhabi's Yas Mall to build and customise services aimed at offering deaf people a better experience. These services include asking for directions at the information desk, interacting with employees and gaining access to a list of frequently asked questions translated into sign language. The service is scheduled to roll out at the beginning of next year, Mr Aboelazm said.

The company is also in initial talks with government entities such as Ma'an, Abu Dhabi Airports and the Federal Authority for Identity and Citizenship (ICA) to demonstrate how its app can help them to service deaf customers better, Mr Aboelazm said.

Government-related entities are "highly interested" as the UAE has set a mandate to improve inclusion and diversity, while private sector businesses are more focused on the financial returns from such a service, he said.

The corporate version of the app offers subscription packages from $40 a month, depending on the level of customisation and professional services that include initial implementation and post-sale support.

The cost for a company to enable the service — depending on the number of languages, the customer experience journey, the number of interactions and locations — starts from about $24,000.

Hamdan bin Saad, who works as a tour guide and uses sign language to communicate, recently used I Hear You. "This is an amazing app, do download it on your phone," he said in a video through sign language that has been translated by an interpreter.

The app has potential for use in various settings including hospitals, airports, customs, stores and cafes, Mr Aboelazm said. I Hear You's growth plans include offering sign language courses on the app and extending its services to schools and universities.

Translating the curriculum into sign language enables deaf children to be enrolled into public schools and saves additional public spending on special needs schools, Mr Aboelazm said. This also lays the foundation for deaf children to integrate into mainstream schools and for hearing children to better understand their peers at an early age, he added.

The start-up also plans to translate one sign language to another, as there is no one universal sign language, Mr Aboelazm said. I Hear You is adding American sign language to its repertoire, a service it is launching from its second base in Vancouver, that is already attracting users from Canada, he said.

The seed-stage start-up, which began with $32,000 in bootstrapping and $108,000 in government grants, seeks to raise funds from investors to support its future growth, Mr Aboelazm said.

The company is currently in talks with angel investors and venture capital firms in the region. I Hear You, which has recorded a 78 percent year-on-year increase in the number of subscribers and a 120 percent rise in revenue in 2021, aims to break even in 2023, Mr Aboelazm said.