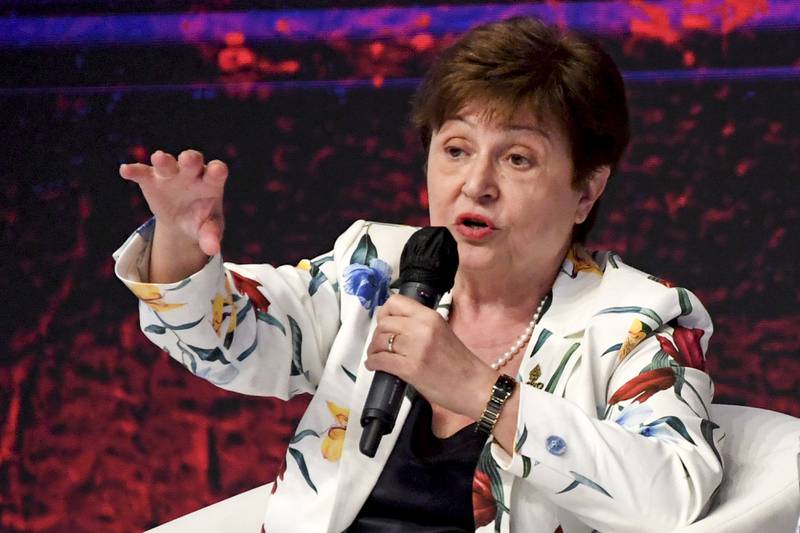 Collected Image
The International Monetary Fund has adopted a strategy to better integrate gender policies into its work as global crises have disproportionately affected women and further exacerbated inequalities.

The Washington-based fund will begin implementing the four-pillar strategy immediately, assessing the macroeconomic impact of gender gaps, evaluating the gender-differentiated impact of shocks and policies, and providing tailored policy advice, Kristalina Georgieva, managing director of the IMF, said in a statement on Saturday.

“The executive board today approved the IMF’s first Gender Strategy aimed at integrating gender into the fund’s core activities — surveillance, capacity development, and lending — in accordance with its mandate,” Ms Georgieva said.

Countries will take another 132 years to close the gender gap, compared with 136 years in 2021, according to the Global Gender Gap Report 2022 released by the World Economic Forum this month.

The Middle East and North Africa had the second-widest gender gap in the world, ranking below only South-East Asia, with 115 years to close the gender gap.

The coronavirus pandemic, higher inflation, the climate change emergency and large-scale conflicts and displacement are stalling progress towards gender parity, according to Saadia Zahidi, managing director at the World Economic Forum.

The gender strategy “could not have been more timely” as the fund is adapting to the evolving needs, challenges and priorities of its member countries, Ms Georgieva said.

“Crises, including the pandemic and wars, are taking a heavy toll on women’s lives and livelihoods, compounding the effect of climate change and increased global fragility,” she said.

“These developments are exacerbating existing gender gaps and our member countries are increasingly refining their policies to implement gender-responsive measures.”

The gender strategy is designed to empower IMF staff with access to relevant gender-disaggregated data and set up a “robust framework to ensure that macro-critical aspects of gender” are integrated into the IMF's country work.

It will also improve collaboration with the IMF's external partners to benefit from knowledge-sharing and will efficiently use resources allocated to gender through economies of scale and avoiding duplicated efforts.

“Successful implementation of this strategy will assist our member countries in achieving more inclusive and equitable economic growth and resilience,” Ms Georgieva said.

“When women do well, countries do well.”