Iraq welcomes tourists to explore the ancient ruins of Hatra 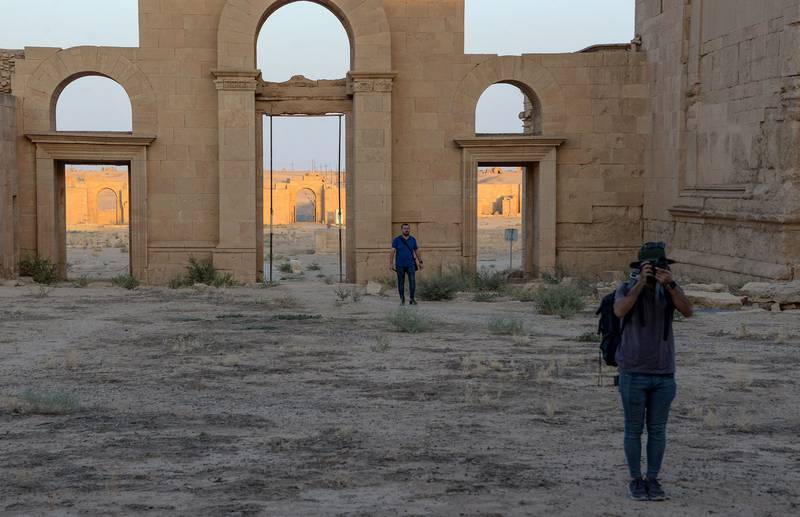 Collected Image
Iraq's ancient city of Hatra has welcomed its first tourists since restoration works at the site were unveiled in February.

About 40 visitors explored the 2,000-year-old city in northern Iraq on Saturday. The trip was organised by local authorities as part of efforts to encourage tourism to the region, which was partially destroyed by ISIS during years of fighting.

Once famed for its cultural diversity, Hatra was an important Arab sanctuary and is famed for its ancient ruins. At its peak, it covered an area of 299 hectares and sat at the crossroads of major trading routes between the Roman and the Parthian Empires.

In 2015, the area came under ISIS occupation and many of its artefacts were targeted by militants. ISIS previously released a video showing the destruction of several works of Hatrene art. Shortly after, the site was added to the Unesco World Heritage in Danger list.

Officials say nearly 15 per cent of the city was destroyed during the conflict. In February, three restorations at Hatra were unveiled including a Roman-style statue of a life-sized figure and a relief on the side of the Great Temple.

In the eastern section of the holy precinct of the city, the Temple of Maran has a long cella and is accessed via a flight of stairs. Beautifully decorated, it is also referred to as the Hellenistic temple thanks to the use of design elements familiar in styles across the Mediterranean and Middle East.

The Great Iwans Complex is one of the most impressive sites at Hatra. Consisting of two iwans, each flanked by two smaller halls and a Square Temple, it is famed for its Parthian features and domed arches. Several inscriptions found inside the building have allowed archaeologists to date this southern section of Hatra to the beginning of the second century.
Source: https://www.thenationalnews.com