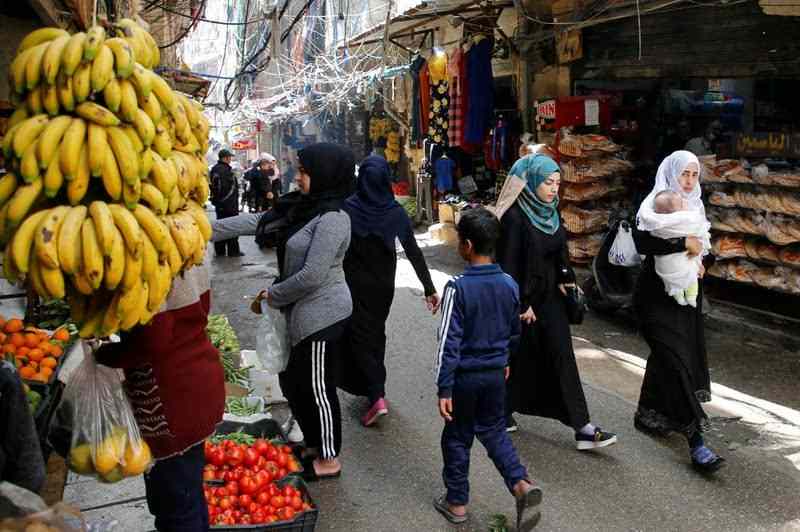 Collected Image
Lebanon’s tax revenue more than halved between 2019 and 2021 in the face of the deepest economic crisis since the end of the civil war, according to a report by the International Monetary Fund.

“Without taking active tax measures now, the decline in revenue is likely to continue in 2022 and 2023 with severe ramifications, beyond foregone receipts, in undermining the progressivity of the system, and in aggravating inequality and distortions,” the Washington-based lender said in the report to assist Lebanese authorities in reviewing its tax policy.
Read More : Lebanon's inflation persists at 162% as IMF calls on politicians to implement reforms
The IMF recommended policy reform options to stop the drain on Lebanon’s tax revenue in the immediate and near-term future and to move towards a more efficient, effective and inclusive tax system in the medium term.

The country is in the grip of an economic crisis, described by the World Bank as one of the worst in modern history, and has yet to enforce critical structural and financial reforms required to unlock $3 billion of assistance from the IMF.

Inflation in Lebanon increased an average 189.4 per cent in the first 11 months of 2022, from the same period a year earlier, according to data from the Central Administration of Statistics.

The Arab country was expected to post the second-highest inflation rate in the world last year, behind Sudan, according to Fitch Solutions.

Lebanon's economy collapsed after it defaulted on about $31 billion of eurobonds in March 2020, with its currency losing more than 90 per cent against the dollar on the black market.

Recommending immediate tax measures, the IMF called for a single market exchange rate to be used for all tax valuations. Adopting a lower rate than the Sayrafa, the official exchange rate platform managed by Banque du Liban, the country’s central bank, for tax purposes is strongly recommended against, it said.

The mis-valuation of customs, excises and value-added tax at the border is estimated to have caused a loss of revenue worth 4.8 per cent of Lebanon’s gross domestic product in 2022, the lender added.

Authorities should also correct for high inflation by resetting specific excises and thresholds that are set in nominal values.

Failing to reset the specific excises (mainly on fuel) has led to a loss of tax revenue worth 0.8 per cent of GDP, bringing the total forgone revenue in 2022 to 5.6 per cent of GDP, according to the report.

The IMF also called for an end to “excessively favourable” capital income tax treatment. “Under-taxation of the affluent, mainly non-wage earners, weakens revenues, the role of tax policy in income redistribution and tax morale. Shortcomings in corporate taxation should also be addressed,” the IMF recommended.

The exemption of vacant properties from built property tax should be abolished immediately, it said. Citing near-term tax measures, the IMF called on the government to broaden the VAT tax base.

Estimates suggest that — without raising the VAT rate — relatively moderate measures can yield extra revenue of 1 per cent of GDP, the report said.

The lender also recommended more excises as an “efficient way to reduce pollution, generating marked environmental benefits and significant revenue, with a modest impact on prices”. “An excise on diesel that increases from $0.10 in 2023 to $0.25 per litre in 2025 is estimated to raise 1.5 per cent to 3 per cent of GDP in revenues,” the IMF said.

“While the tax on diesel is the priority and should be introduced in the near-term, excises on propane and butane could also be phased in automatically in the legislation without requiring further parliamentary approval.”

The government should also close loopholes and modernise corporate income tax, the IMF said. The regimes of offshore and holding companies and wasteful CIT incentives should be abolished, it added.

Meanwhile, the IMF also recommended passing a new income tax law to replace the existing outdated one and fine-tuning the VAT by, among other things, removing the exemption on diesel, as medium-term measures to improve Lebanon’s tax revenue. “Preparation for medium-term measures should be completed in 2023, for them to enter into effect in 2024/2025,” it said.
Source: https://www.thenationalnews.com