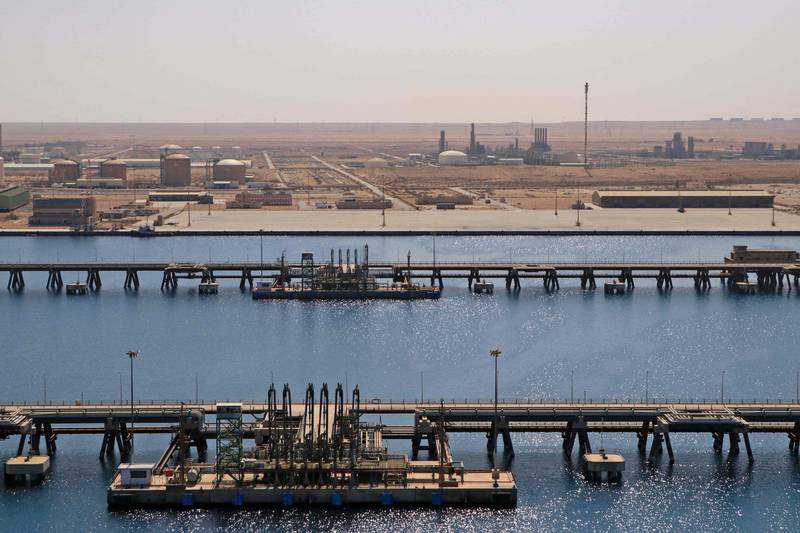 Fathi Bashagha, who is backed by the country's parliament, said on Tuesday that efforts to reopen oil refineries were “crowned with success”, and that a militia in the east of the country had agreed to “lift its siege” on oilfields.

Libya’s crude production was halved to 600,000 barrels a day over the past month after protesters demanding the resignation of the incumbent, Abdul Hamid Dbeibah, forced the closure of oilfields such as Al Sharara, the nation’s biggest. The country's parliament, based in eastern Libya, confirmed former interior minister Mr Bashagha as interim prime minister in March this year.
Read More : Oil tops $70 as Iran, Trump exchange dangers
However, Mr Dbeibah refused to relinquish power except to an elected government and rejected the parliamentary vote, leaving the country with two competing governments. Mr Dbeibah was appointed through a UN-led process in March last year on the condition that he leads the North African country until elections.

Mohamed Oun, Mr Dbeibah’s oil minister, said talks with protesters were continuing. “We are facing some difficulties in reaching an agreement with protesters to reopen the [oilfield],” Mr Oun told Bloomberg on Tuesday, hours before Mr Bashagha’s Twitter statement.

Libya is losing between $50 million and $60m a day from the closures, he said. The country produces about 1.2 million barrels of oil a day and is exempt from the Opec+ production deal because of security concerns.

Libya’s National Oil Corporation, which controls operations at oilfields, has not said when production or exports will return to normal. The shutdowns are the latest in a series of disruptions to hit Libya’s energy sector amid the worsening political crisis.

They come at a delicate time for global commodity markets, with oil having surged above $100 a barrel after Russia’s invasion of Ukraine. Libya's rival administrations could herald a return to division and instability, the UN warned earlier this year.
Source: https://www.thenationalnews.com