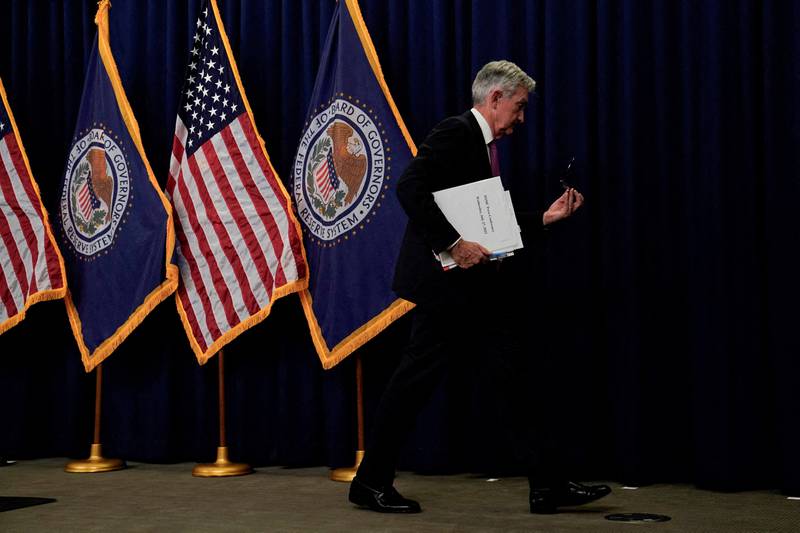 Collected Image
US markets were shaken as the latest economic data showed inflation in the world's largest economy exceeded estimates for the month of August. Consumer prices rose by 8.3 per cent in August, year on year, slowing for a second straight month, largely due to lower petrol costs, although rising prices for many other items continued to place an economic burden on households.

That figure was down from an 8.5 percent increase in July and a 40-year high of 9.1 percent in June, but was above analyst projections that expected the headline rate to come in at 8.1 percent. “Overall, prices have been essentially flat in our country these last two months,” said US President Joe Biden. “That is welcome news for American families, with more work still to do.”

Still, the higher-than-expected inflation rate sparked a sell-off on Tuesday on Wall Street, the worst since June 2020, which reverberated across Asian markets on Wednesday. The benchmark S&P 500 stock index fell 4.3 percent while the Nasdaq Composite was down 5.2 percent.
Read More : Larger interest rate rise an option this month, says BoE
Hong Kong’s benchmark Hang Seng index dropped 2.6 percent and Japan’s Topix index was down 1.8 percent on Wednesday. China’s CSI 300 index fell by about 1.3 percent and in Australia, the S&P/ASX 200 lost 2.5 percent.

“Markets are no longer confident that the Fed will only deliver a 75 basis point increase this month, a half-point increase in November and a 25 bps increase in December,” said Edward Moya, a senior market analyst at Oanda. “The Fed will likely have to be even more aggressive with raising rates and that is bad news for risky assets.”

The US central bank is scheduled to meet next week. Before the latest data, the Fed was expected to raise interest rates by 75 bps for a third straight month. “The upside shock in the US August inflation reading will cement in a 75 bps hike at next week … and bring the Fed Funds rate up to 3.25 percent,” said Edward Bell, a senior director of market economics at Emirates NBD.

“Current market pricing — based on options and futures — indicates there is even some chance of a 100 bps hike next week, which would bring more of the Fed’s firepower to bear on fighting against inflation.”

Tuesday's report suggests that the Fed's actions have not been enough to clamp down on soaring costs, which will be a concern for many traders, said Naeem Aslam, chief market analysts for AvaTrade. “The US numbers have confirmed that inflation is still running hot in the US,” he said. “This has made the situation a lot more difficult for the Fed, who have been trying their best to tame inflation.”

Fighting inflation has been the Fed's primary concern since it scaled back its bond-purchasing programme last year. Chairman Jerome Powell told Americans that they would probably feel the hardship of the Fed's actions as it looked to reduce the rising costs of goods.

Inflation has also heaped political pressure on to Mr Biden, whose Democratic party is in danger of losing at least one chamber of Congress in the midterm elections.

Last month, Mr Biden signed into law the Inflation Reduction Act, which he and its advocates said would tackle high prescription drug costs and the climate crisis. The White House also said it would cut the nation's deficit by $300 billion.

However, the Congressional Budget Office concluded that the bill's impact on inflation would be negligible. Washington has also blamed external factors, such as supply chain issues and Russia's war in Ukraine, for the sharp rise in the cost of goods. But supply chain backlogs have eased in recent months and the average US petrol price has fallen to $3.72 a gallon this week, from $5 in mid-June.

Most economists do not expect inflation to fall back to the Fed's 2 per cent target for at least two years. An increase in wages has led to growing demand for apartments while a housing shortage has increased rental competition. Soaring rentals and costs of services such as medical care are also keeping inflation high.
Source: https://www.thenationalnews.com