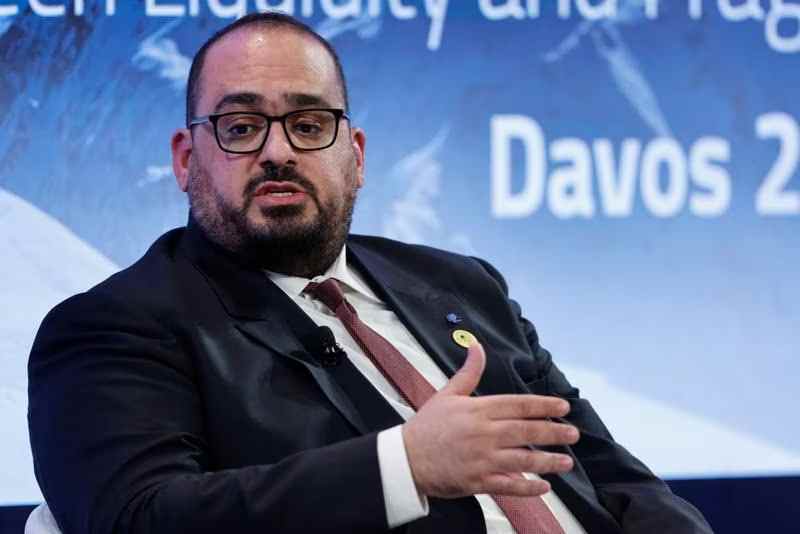 Collected Image
Knock-on effects of inflation, the energy crisis and the geopolitical situation have intensified global economic headwinds but economies in the GCC and the wider Middle East are expected to fend off challenges as policymakers closely watch the evolving situation.

Although uncertainty has risen in recent times, with an unprecedented jump in energy and commodity prices and increases in interest rates globally, the economic momentum driven by careful policy implementation over the past two years in the region is expected to continue in 2023, ministers and business leaders said on Thursday at the World Economic Forum in Davos.
Read More : UAE's future economy is well positioned to benefit from AI
“We were quite cognisant of the challenges that the world is facing but we're also looking closely at these evolving challenges and how they're moving,” said Faisal Alibrahim, Saudi Arabia’s Minister of Economy and Planning.

There will continue to be interest rate increases, however, with China emerging out of Covid lockdown.

“There is an opportunity for what people perceive to be a global recession to only be a slowdown, except for a few areas”, the minister said. “And for it to probably bottom out towards the second half of the year at the worst.”

In October, the International Monetary Fund cut its global economic growth forecast to 2.7 per cent for 2023, 0.2 percentage points lower than its July forecast.

It also warned of a 25 per cent probability that output could fall below 2 per cent in 2023, the weakest growth since 2001 except for the 2008 global financial crisis and the acute phase of the Covid-19 pandemic.

The fund's managing director Kristalina Georgieva on Wednesday said that 2023 will be a difficult year, with “unthinkable events” including the pandemic as well as the war in Ukraine and its impact on energy and food prices.

She said Saudi Arabia, Opec’s biggest crude producer and Arab world’s largest economy, has turned out to be a bright spot at a difficult time for the world economy and the kingdom needs to maintain its high growth rate in 2023.

The IMF estimates the kingdom's economy grew 7.6 per cent in 2022 after 3.2 per cent growth in 2021. Jadwa Investment projected an economic expansion of 8.7 per cent last year, while the Organisation for Economic Co-operation and Development estimated gross domestic product growth of as much as 9.9 per cent.

Saudi Finance Minister Mohammed Al Jadaan in December said the kingdom's GDP is forecast to have grown 8.5 per cent last year, with average inflation at about 2.6 per cent.

“Saudi Arabia is becoming the global growth story, but if you double-click on that 8.5 per cent [growth rate], you will see that our non-oil activities in the private sector, essentially, have grown at a very high rate, up to the end of the third quarter on a cumulative basis,” Mr Alibrahim said on Thursday.

The kingdom, which was the fastest growing G20 economy last year, plans to continue to enact its Vision 2030 economic reform agenda that has already borne fruit.

It also plans to continue evolving “new sectors” including tourism, sports and entertainment to boost the private sector’s contribution to GDP to achieve 3.1 per cent or more economic growth this year, he added.

“We are all living in unprecedented times. Very, very challenging times,” she said.

However, Egypt has a resilient economy and despite challenges, it maintained 3.6 per cent growth during the pandemic, one of the very few countries to achieve that feat. "Even last year, we achieved 6.6 per cent economic growth,” she said.

The minister said consumer inflation — which rose sharply in December to 21.3 per cent, its highest level in five years, and piled pressure on the government — will start to come down this year as costs of essential commodities such as wheat start to come down in the international market.

Egypt, which is one of the biggest wheat importers in the world, also devalued its currency three times in 10 months, but the minister said the situation will improve as the tourism sector bounces back and foreign direct investment levels improve.

FDI in December last year almost doubled to $9 billion, up from $5 billion in the previous year, she said. “We are taking the corrective measures … in order to attract FDI and stabilise the market.”

The kingdom, which still relies about 70 per cent on oil proceeds, plans to diversify and widen its revenue base. The country, which increased VAT from 5 per cent in 2019 to 10 per cent in 2022, is mulling other options including imposing a corporate tax, she said.

There is no timeline as to when the kingdom may make a decision on levying a new corporate tax, however it has no plans to introduce a personal income tax, she added.
Source: https://www.thenationalnews.com