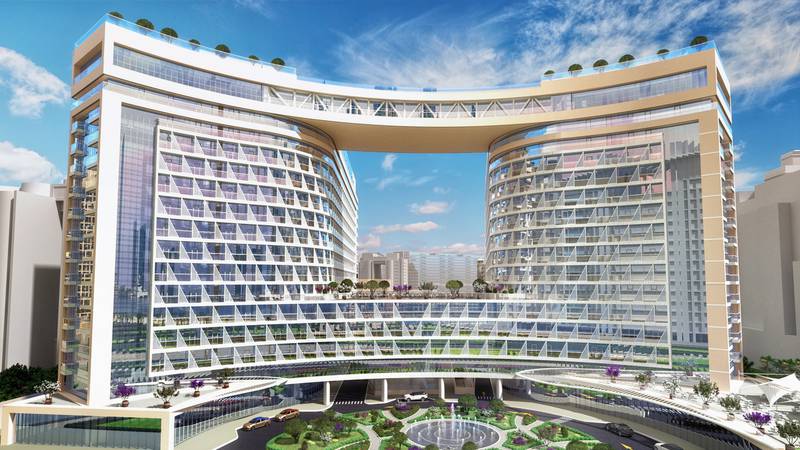 Collected Image
Anew year is right around the corner and with it comes a flurry of fresh hotels opening in the Gulf. The next year will have a number of new launches, with everything from the long-awaited Atlantis The Royal opening on Dubai's Palm Jumeirah to the uber-chic Nikki Beach Resort & Spa Muscat making the brand's debut in Oman.

For staycation inspiration for the coming year, here are 20 of the best new hotels opening in the region.

Jumeirah Marsa Al Arab, Dubai
The anticipated ultra-luxury yacht-shaped hotel is the third and final property in Jumeirah’s oceanic trilogy, joining the seven-star Burj Al Arab and the Jumeirah Beach Hotel.
Read More : UAE hotel room supply to increase 25% by 2030, Knight Frank says
Set at the tip of a peninsula at the heart of Dubai’s largest private beach, occupying the spot where 360˚ — a former stalwart of Dubai's nightlife scene — used to be, the new resort has been inspired by a superyacht, and travellers can expect the same standard of luxury.

All 386 rooms and suites, four penthouses and 83 apartments set amid private gardens have amazing views over the Arabian Gulf and there are four swimming pools. It will bring a host of new restaurants to Jumeirah with 10 curated venues, and a focus on social-led dining experiences.

Nikki Beach Resort & Spa Muscat will open in Oman’s Yiti Bay in autumn next year. Overlooking the Gulf of Oman, the luxury resort will combine music, dining and entertainment with its signature flowing white drapery and premium sunset views. It will have 115 rooms, 25 spacious suites and 30 beautifully designed upscale villas, each with its own private pool. The brand is also bringing its renowned beach club concept to the sultanate, with Nikki Beach Muscat opening adjacent to the hotel and promising stylish music-centric vibes, a swim-up bar and a glistening private shoreline.

The St Regis Red Sea Resort, Saudi Arabia
One of the first three hotels opening at Saudi Arabia's new mega-tourism project on the kingdom's west coast, The St Regis Red Sea Resort is scheduled to open its doors in May, which if it stays on track will make it the first St Regis hotel to open in the kingdom. And what a debut it is — set on a private island and offering travellers a real Maldivian-style experience complete with overwater villas and endless ocean views. In keeping with the brand, expect ultra-luxury at the all-villa resort that's been designed by Kengo Kuma, the renowned Japanese architect lauded for his ability to merge architecture with nature and social responsibility.

NH Collection Dubai The Palm
The first NH Collection property to launch in the UAE will open its doors on the trunk of Palm Jumeirah in February. The property is spread over two towers with 227 hotel rooms and suites in one tower, and more than 300 studios and apartments in the other. The towers are connected by a 45-metre rooftop infinity pool. There will also be five restaurants and bars, including Seen — a multisensory rooftop venue designed to be one of the best places in the city for sunset views.

This Maldivian-style resort is set to open in Ras Al Khaimah later in the year, and when it does it will be the UAE’s first eco-resort with floating villas, each of which has its own private plunge pool. Anantara Mina Al Arab Ras Al Khaimah Resort features 174 rooms, suites and villas plus a pristine stretch of private beach. It will also have an overwater Thai restaurant, seafood beach grill and a pool bar. Guests can unwind at the Anantara Spa, try out some water sports or learn more about the mangroves surrounding the resort at the on-site discovery and eco-learning centre.