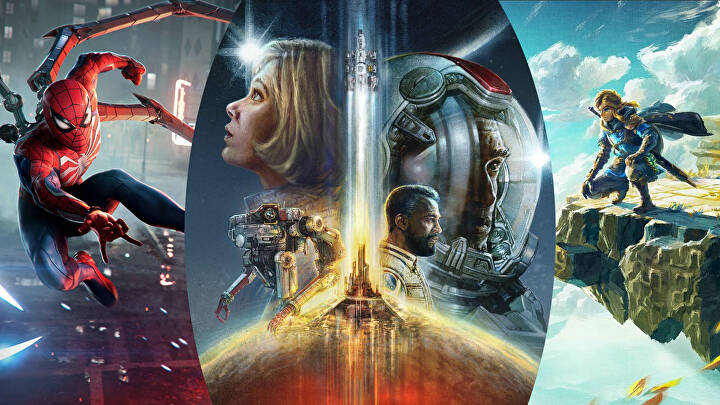 There is a level of anxiety around the video games market at the moment. Last year's results were a mixed bag. Console sales fell in some markets sharply, mostly due to stock shortages for PlayStation 5.

Console and PC software sales fell, too, although primarily due to legacy games (titles released from previous years). Games like GTA 5 and Mario Kart 8: Deluxe declined, coming down from that lockdown high. Meanwhile the performance of 2021's Call of Duty game also hurt the figures.

Read More : Gaming Industry to add 1 lakh new jobs this fiscal
Across Europe, sales of new games spiked up by 16%. This was driven by strong launches for Call of Duty: Modern Warfare 2, Elden Ring, LEGO Star Wars: The Skywalker Saga, Pokémon and God of War Ragnarok.

Yet scratch beneath the surface, and there were some relatively big budget titles that missed their targets and struggled to chart. And recent reports from the likes of Ubisoft suggests there's a softness in the market for anything outside of the mega franchises.

Are subscriptions hurting the performance of these games? Are consumers being more selective due to the cost of living crisis? Have rising game prices put off certain customers? And how is this likely to play out in 2023?

It's not all limited to console and PC. Mobile is facing some real challenges around user acquisition and its ability to target ads. With marketing budgets likely to fall in 2023, there is some real uncertainty around the smartphone sector, which is unusual.

The anxiety is understandable. Yet there are many reasons as to why 2023 should prove to be a landmark year for the video games business, albeit not for everyone.

Six reasons why 2023 will be huge for video games

1. PS5 and Xbox Series X are actually in stock
To use an F1 metaphor, ever since the new Xbox and PlayStation launched in November 2020, they've been stuck behind a saftey car. Their success has been limited by manufacturing, with ongoing component shortages considerably holding back both platforms.

For the majority of 2022, Xbox and PlayStation could not supply the demand. A drop in stock across Europe meant that PS5 hardware sales were down 35% last year compared with the year before.

That's over now. Last week, PlayStation CEO Jim Ryan declared that PS5 is coming into free supply. A huge increase in stock during December caused a spike in sales in major markets. There is still work to do, particularly in Europe, but the days of buying PS5 off eBay is at an end. The saftey car has been removed. Off we go.

2. Spider-Man 2 could be PlayStation's biggest ever launch
PlayStation has delivered some big games since the launch of PS5, and you don't get much bigger than last year's God of War Ragnarok, which ended the year as one of the world's biggest console games.

In 2023, the big PS5 game is Spider-Man 2, and it looks destined to be a major title. The first game was one of the fastest-selling PlayStation titles in history. The mini-sequel, Spider-Man Miles Morales, was PS5's headline act at the console's launch. Over 33 million people have played those games, which have recently expanded to the PC market. The game's developer, Insomniac, is also one of the most consistently excellent big budget game developers.

Could it arrive in the September release slot like its predecessor? Or after God of War Ragnarok's triumphant debut, could Sony aim for a Christmas launch? If it does, I can see it being the game that plugs the gap left by Call of Duty. This one is as close to a guaranteed smash hit as you can get.

3. Starfield headlines the Xbox comeback
Bethesda Games Studios is a hit generator. Fallout and Elder Scrolls are mega franchises and every time the studio turns out a new game, it finds itself near the top of the best-seller charts.

Starfield is a little different to those games. It's a new IP, for one. And it's not coming to PS5, the market-leading console. It varies by country, but around 40% to 45% of Fallout 4's sales came on PS4 in major markets.

4. Tears of the Kingdom to continue Zelda's ascendancy
Zelda is an icon of a franchise. Yet before Breath of the Wild came along, no Zelda game had ever broken 10 million sales. In fact, the previous best-seller was Twilight Princess on Wii and GameCube, which sold just shy of nine million copies.

Breath of the Wild has changed things. Its sales are currently more than three times bigger than Twilight Princess. It is sitting above games it previously looked up at, including Super Mario and Pokémon. It was a launch title for Nintendo Switch, and during its first month, more people bought copies of the game than the number of Switch consoles out there.

5. Nintendo Switch is still going
Last year, Nintendo Switch was comfortably the biggest games console worldwide. Even in countries where the platfrom has shown more heavy declines, like the UK, it was still the market leader. What's more, Nintendo recently revealed that over 100 million people had accessed a Switch in the twelve months leading up to September 2022.

6. ... and there are more big games
We focused on the big three console exclusives above, but the year is awash with big titles, for both PC and console. These include the Resident Evil 4 Remake, Suicide Squad, Diablo IV, Street Fighter 6, Dead Island 2, Minecraft Legends... and that's just the first half of the year.

There are a few third-party blockbusters, too. Ubisoft has a new Assassin's Creed (Mirage) set for 2023; this is a more focused title than previous games, so it's not entirely clear how big the publisher plans to go with it. In March, EA is bringing its next big single-player Star Wars game to market in Star Wars: Jedi Survivor. And in June, we have the next numbered entry in the Final Fantasy series.
Source: https://www.gamesindustry.biz