Russia to pull out of International Space Station 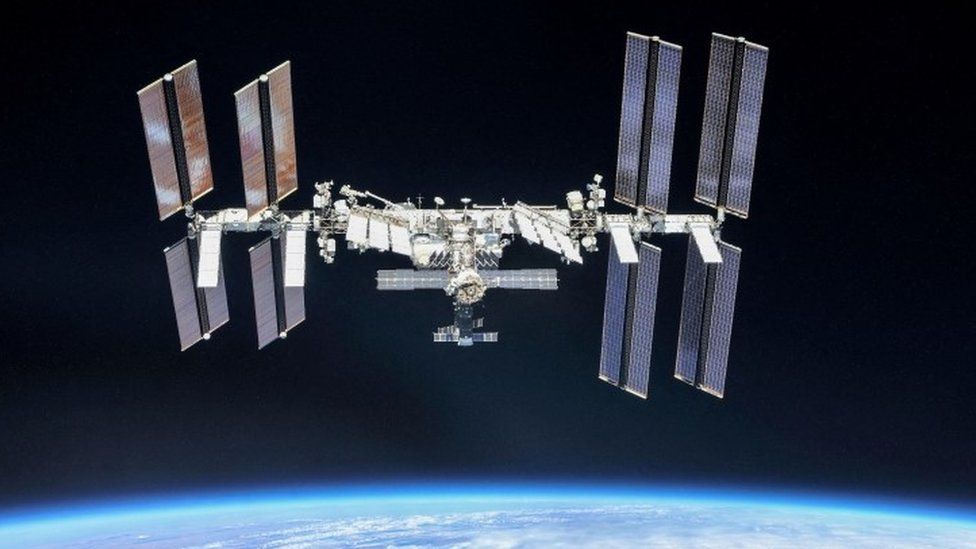 Collected Image
Russia says it will withdraw from the International Space Station (ISS) after 2024 and build its own station instead. The US and Russia, along with other partners, have successfully worked together on the ISS since 1998. But relations have soured since Russia invaded Ukraine, and Russia previously threatened to quit the project because of Western sanctions against it.

Nasa said it had not yet received any official notice of Russia's intention to withdraw from the programme. The ISS - a joint project involving five space agencies - has been in orbit around Earth since 1998 and has been used to conduct thousands of scientific experiments.
Read More : First all-private astronaut mission to ISS readies for liftoff
It is approved to operate until 2024, but the US wants to extend that for six more years with the agreement of all partners.

At a meeting with Russia's President Vladimir Putin, Mr Borisov said Roskosmos would fulfil its obligations to its partners, but the decision had been taken to quit the project after 2024. "I think that by this time we will start putting together a Russian orbital station," Mr Borisov said, adding that the new station was his agency's top priority.


It is not immediately clear what the decision means for the future of the ISS, and the US space agency Nasa says it has not received any formal notice from Russia of its plans.

Former ISS commander and retired US astronaut Dr Leroy Chiao believes it is unlikely Russia will decide to leave the project. "I think this is posturing by the Russians. They don't have the money to build their own station and it would take several years to do it. They've got nothing else if they go this route," he told the BBC.

The Russians have been making noises about withdrawal for some time but it's not clear how serious they are. They've talked about building their own outpost - the Russian Orbital Service Station - but it would require a financial commitment the Russian government has not shown to the country's existing space exploits.

Certainly, Russian elements on the ISS are ageing but the view of engineers is that the modules can do a job through to 2030. If Russia does leave, there's no question it would be problematic. The station is designed in a way that makes the partners dependent on each other.

The US side of the ISS provides the power; the Russian side provides the propulsion and keeps the platform from falling to Earth. If that propulsive capability is withdrawn, the US and its other partners - Europe, Japan and Canada - will need to devise other means of periodically boosting the station higher in the sky. It's something American robotic freighters could do.

Cooperation on the ISS between Russia and the US had appeared relatively unharmed by the war in Ukraine, with the two countries signing an agreement earlier this month to allow Russian cosmonauts to travel to the station on US spacecraft and vice versa. "We're all flyers. We learned to appreciate each other's perspectives," Dr Chaio said of his time commanding the space station from 2004-5.

However, the war in Ukraine has hit other areas of cooperation between Russia and the West. The European Space Agency (ESA) ended its collaboration with Roskosmos to launch a rover to Mars, and Russia has stopped launches of its Soyuz spacecraft from an ESA launch site in French Guiana.

Dr Chaio says in recent years Russia had politicised the space station, for example Russian cosmonauts have posed for photographs with the flags of pro-Russian separatist regions in east Ukraine. "You can imagine how much trouble they would be in if they didn't do it," he told the BBC.

The Soviet Union and Russia have a long history of space exploration, and accomplishments such as putting the first man in space in 1961 remain a source of national pride.