Social media chiefs testify before Senate on data and security 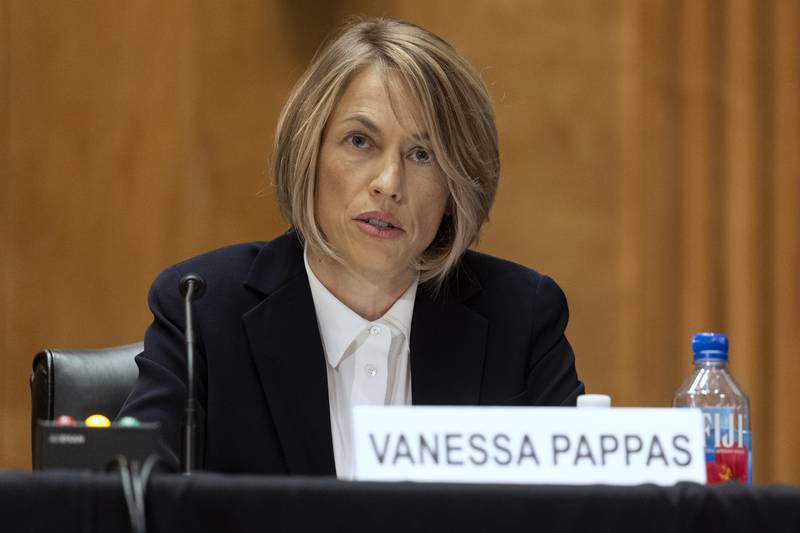 Collected Image
A top executive for the video app TikTok told a US Senate panel that the company is negotiating with federal regulators on restricting access to user data for employees in China, but declined to commit to a total cut-off.

Rob Portman, a senator from Ohio, repeatedly asked the platform’s chief operating officer, Vanessa Pappas, to say the company would seal off Chinese access to all US data. Ms Pappas declined to do so, instead saying that the company will continue to co-operate with federal agencies in drafting an agreement to protect US user data.
Read More : Snapchat to cut a fifth of jobs
“Our final agreement to the US government will satisfy all national security concerns,” Ms Pappas said on Wednesday before the Homeland Security and Governmental Affairs Committee.

Critics argue that TikTok’s Chinese ownership puts US users at risk. TikTok says it stores data on US users in the US and it’s working with Oracle Corp to create a firewall around the data.

TikTok is under scrutiny by a number of government bodies, including the Committee on Foreign Investment in the US (Cfius). That national security review comes as tension has risen between the US and China over trade, the status of Taiwan and China’s growing military assertiveness.

President Joe Biden's administration is looking for ways to curb US investment in China’s industries and has extended Trump-era tariffs on Chinese imports.

Ms Pappas was among a group of executives from the biggest social media companies who faced sceptical questions from the panel over whether their need to attract users is at odds with restricting hate speech, as former employees had alleged in testimony earlier in the day.

Panel members peppered the executives with questions on whether the businesses amplify misinformation or violence-inciting posts to boost engagement on the platforms.

Earlier in the day, former Twitter and Facebook executives told the committee that the companies can do more to rein in extremism and misinformation, but won’t unless forced to by regulation because their profits depend on attracting and engaging users.

Mr Mohan denied that YouTube benefits from extreme or violent messages. “Our advertisers have told us in no uncertain terms that ‘we don’t want to be associated with content that promotes hate, violent extremism',” Mr Mohan said. “When that content is on our platform, they walk away.”

In response to recent reports that Meta dismantled the team responsible for addressing product concerns — known as the Responsible Innovation Team — Mr Cox said the work of the 20 people on that team overlapped with the company’s broader integrity work.

Mr Cox did not directly say whether employees working on product design are compensated based on the trust and safety of the product.

Earlier in the day, Brian Boland, a former vice president with Meta’s Facebook, and Alex Roetter, Twitter’s former senior vice president for engineering, warned the committee that social media companies have failed to address the harm their platforms can cause, including how their algorithms can amplify harmful content.

“Today you don’t know what’s happening with the companies, you have to trust them,” said Mr Boland. “I lost my trust with the companies with what they were doing and what Meta was doing. We should move beyond trust to helping researchers and journalists understand the platforms better.”

Mr Boland contrasted the companies’ development with the car industry, where advancements are tested and overseen by safety regulators before being put on the road. “There’s almost no ability to protect our future and create a version of crash-testing a car,” he said.

The hearing comes a day after Twitter whistle-blower Peiter “Mudge” Zatko spoke in front of a separate Senate committee about his allegations that Twitter’s lack of security protections pose a threat to the US.

Mr Zatko claimed Twitter has looked the other way while foreign agents gained access to sensitive data on US users.
Source: https://www.thenationalnews.com