Ukraine sanctions: What pain lies ahead for Russia's economy? 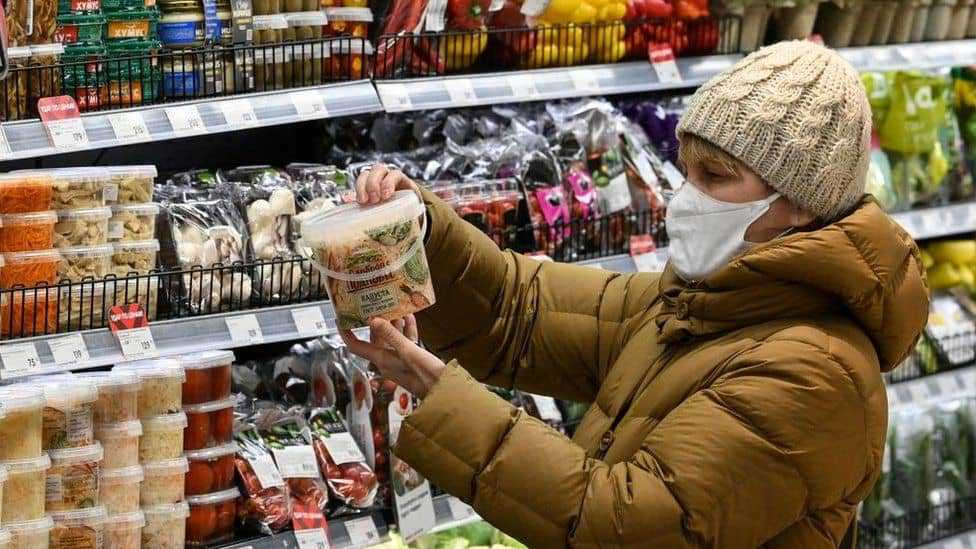 Collected Image
It has been hammered by sanctions introduced by Western countries since February. The initial shock forced the stock market in Russia to close temporarily and saw people queueing up at cash machines, worried about their savings.

The rouble has, however, returned to pre-war levels, due to careful management by Russia's central bank. Its interventions included limiting the amount of money people could transfer abroad, as well as forcing firms that export things to convert 80% of their overseas incomes into Russian currency.
Read More : Will the Ukraine war ground the space industry?
The country has also managed to avoid defaulting on its foreign debts. President Putin has insisted that the West's "economic blitzkrieg" has failed. But Elina Ribakova, deputy chief economist at the Institute of International Finance, says these "superficial" indicators "don't mean much to real life".

Russian steelmakers, chemical manufacturers and car companies are already feeling the brunt of sanctions aimed at crippling President Putin's war effort. A recent survey of more than 13,000 businesses by Russia's central bank revealed that many are experiencing problems bringing goods such as microchips, car parts, packaging, or even buttons, into the country as a result.

Shortages of raw materials or parts are forcing some firms to temporarily close factories or to look elsewhere. Japanese car-maker Toyota, for example, stopped imports of cars to Russia and suspended operations at its plant in St Petersburg in March, citing "supply chain disruptions" linked to the conflict.

BlueBay Asset Management economist Timothy Ash says that overall sanctions have been much more aggressive than many had expected. "I think the longer-term impact will be devastating," he tells the BBC, adding that "Russia being cut out of Western supply chains because it is an unreliable partner" will push the country into recession.

Even the Bank of Russia has acknowledged that as companies look for different suppliers, deal with boycotts by shipping companies or fail to get hold of the technology they need, the country will face a period of "reverse industrialisation".

"The reality is, Russia will have limited access to financial markets, lower growth, lower living standards and a higher cost of borrowing," Mr Ash adds. Of course, that impact spills out.

Many ordinary Russians, Ms Ribakova says, are "living in a grey area", particularly when it comes to job security. "A lot of people have no idea what's going to happen... They might still be going out to restaurants, going to work and not seeing much of a change yet because the companies they work for are unclear about their plans."

Olga, 30, is a Moscow bank employee. She is trying to stick to her pre-war standards of living but it is increasingly difficult. Like many Russians, she has to ask a friend living in Europe to pay for her Netflix and Spotify, after Visa and Mastercard left Russia.

Olga is praying it will be possible to update her iPhone and MacBook laptop when outside of Russia - Apple has also ceased operations in the country. For 79-year-old Lyudmila from Voronezh, a city 500km south of Moscow, basic necessities have become a lot more expensive. "I go to a market once a week. Every time things get more and more pricey. Last time milk went up by five roubles, tomatoes by 10."

Dmitry, 33, is a masseur from the small Siberian town of Rubtsovsk. Before the war he had a good life, spending around 300 roubles (£3.50) a day. "Sausage, bread, go to the banya [Russian sauna] once a week with friends."

Since 24 February, when the war began, his expenses have jumped by 50%. Despite economic difficulties, Dmitry supports the war. He says some of his friends complain about the prices and also that it is no longer possible to watch any Western blockbusters in cinemas.

Despite everything, most Russians still firmly support this war. The TV set, filled with official propaganda, is still more powerful than an empty fridge.