Why we have entered the greatest period of blockchain development 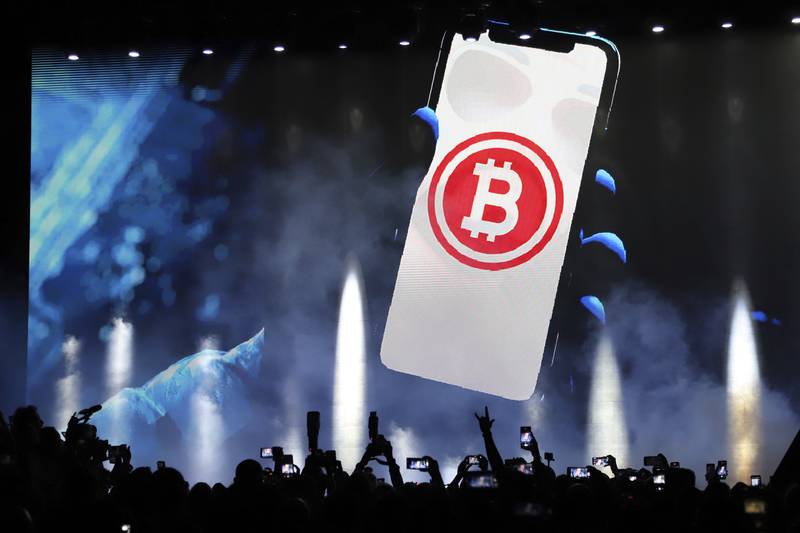 This is not an unprecedented situation in cryptocurrencies — we witnessed a similar event in 2018. Back then, Bitcoin’s value collapsed by more than 80 percent following a breathtaking rally that saw its price rise from $900 to around $20,000, making some of the early adopters millionaires and billionaires in the space of only a year.
Read More : Bitcoin drops below $20,000 as crypto selloff quickens
During that time, the cryptocurrency market was establishing itself as a serious player in the financial ecosystem, so much so that Bitcoin attracted the attention of regulators, particularly in the US and China. This led to its famous crash of 2018 amid fears that central bank scrutiny would stifle the burgeoning cryptocurrency industry.

As we all know, however, Bitcoin was far from dead.

The birth of decentralised finance
Over the 18 months that preceded the most recent cryptocurrency crash, we saw the cryptocurrency industry coming of age.

An incredible amount of development took place that eventually led to the establishment of the decentralized financial network and the 2020 boom. Decentralized finance, commonly known as DeFi, was born in 2019 when a handful of organisations sought to challenge the status quo in financial services.

Their goal was to democratise finance, facilitating peer-to-peer lending, banking and investment services without the need for a centralised intermediary.

Transparency and financial inclusion were the slogans on the banners of this revolution. The popularity of this idea quickly propelled the DeFi sector to dizzying heights. In December 2021, the total value locked in DeFi protocols — an indicator of the size of this market segment — stood at $247.96 billion.

The coming boom
As history has shown, though, it is only a matter of time until the next period of development arrives. This time, it will be greater than anything we have witnessed so far.

This year's cryptocurrency crash has taught the industry important lessons. The most important of these is that bringing traditional, centralised financial practices on to the blockchain simply doesn’t work.

Lessons from the great financial crisis
Former billion-dollar giants such as Celsius and Voyager Digital marketed themselves as crypto banks, empowering people to take their financial futures into their own hands.

However, while Celsius was calling for its customers to “unbank” themselves, in reality they were simply swapping one type of centralised control for another.

As unsecured lenders, customers who chose to earn interest on their cryptocurrencies through Celsius never became custodians of their own assets. They relinquished control in exchange for an attractive annual return, in the erroneous belief that their funds would be safe.

In a similar way to the 2008 great financial crisis, this system worked until it did not — and then it failed spectacularly. The demise of these crypto banks was little different from the fall of Lehman Brothers back in 2008. Excessive leverage and risk-taking was followed by a liquidity crisis and a domino effect across the market.

Power to the people
This is precisely why the crypto industry can’t follow the route of traditional finance. A different, fair financial system cannot be built on the principles that govern a broken paradigm.

DeFi is all about giving the power back to the people. This means no longer relinquishing ownership of their assets. This means transparency. This means financial inclusion. Although DeFi has certainly suffered in volume from the contagion in the crypto market, the protocols worked well in the slump.

The next 18 months will see a true renaissance of this sector. DeFi will go back to its roots and build a decentralized network that can provide a true alternative to the current elitist, exclusive and inaccessible global financial system.

True decentralization
In a decentralized economy, it won’t matter where people live, what their credit score is, or how rampant inflation is in their country. Financial freedom will be available to all through a secure blockchain at the click of a button.

Traditionally, cryptocurrency downturns are a chance for the industry to take a breather and prepare for the next boom cycle.

The preparation that is taking place behind the scenes in the DeFi space today dwarfs the development that has happened in cryptocurrencies in previous years.

What we will see at the end of it will be a true democratisation of finance, the way it was supposed to be from the beginning. Stefan Rust is the founder of Laguna Labs, a blockchain development house, and former chief executive of bitcoin.com
Source: https://www.thenationalnews.com