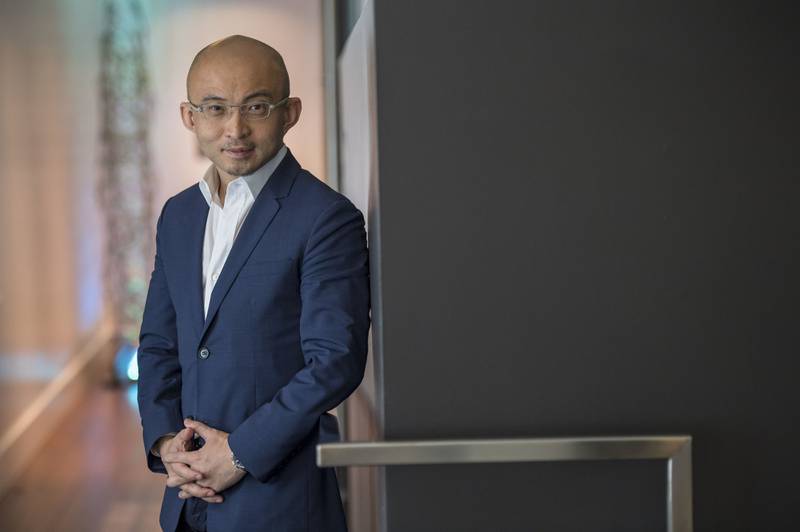 China Renaissance, a Chinese asset management and investment banking company, is looking at potential investments in high-growth Middle Eastern companies, its chief executive has said. The company is exploring options to set up a regional presence amid booming start-up culture and accelerating economic growth.

Read More : China’s central bank announces support measures for Covid-hit businesses
“We will start looking at opportunities but again it's early stages. This time around on the trip, I talked to some of the local companies and start-ups. Some of these opportunities are quite exciting,” said Mr Bao. He is currently travelling around the Gulf region to meet investors, government officials, companies and growth-stage start-ups to assess investment opportunities.

CR is willing to invest as long as they "meet out investment criteria" and if they have a "Chinese angle, even better", he said of the potential investment targets. The regional markets and some of the promising companies are at a similar stage where the Chinese companies and market were a few years ago in terms of their growth potential. “Sometimes, I feel like I'm sitting in a time machine,” Mr Bao said. “I do believe we have a lot to offer.”

CR is the latest among international investors looking to take advantage of the bustling entrepreneurship scene in the region. Sovereigns, particularly in the six-member economic bloc of GCC, have taken measures to develop the start-up ecosystem amid a strong rebound from the pandemic-driven slowdown. The UAE, the Arab world's second-largest economy, has developed several start-up policy initiatives of its own to fuel its post-oil economy.

Last year, the country unveiled the Entrepreneurial Nation initiative, which aims to make the Emirates home to 20 unicorns — a term referring to start-ups valued at more than $1bn — by 2031, as well as to attract and expand small and medium enterprises.

Private equity and venture capital investments across the Mena region have risen sharply in the past few years. Total financing from venture capital funds alone in the Middle East rose 132 per cent to almost $2bn last year, with the total number of deals up 5 per cent to 410, according to data platform Magnitt.

Founded in 2005 to advise China's technology and new economy companies, CR has grown to become one of China’s top 10 private equity investment groups. Its overall investment management AUMs reached $7.7bn as of end of the last year. CR has advised on and invested in more than 1,125 transactions with a total value of more than 1.4 trillion renminbi ($220bn) as of June last year.

The Hong Kong-listed company, which also offers wealth management and services, including initial public offerings, private placements and M&A advisory, launched HGC in 2013, which manages four US dollar and four renminbi-denominated funds. It invests in both growth and maturity stage companies, with a focus on smart industries, technologies, health care, smart consumerism and smart enterprises.

Investors from this region currently are largely “under allocated” to China and usually gain access to Chinese market through Europe and US-based international fund managers. “They [the funds] are the gatekeepers, so it’s not a direct model. A lot of money goes to London, to New York and then gets invested in China,” Mr Bao said. “That, in my opinion, is highly inefficient … there is really no reason why this investment should take a detour.”

CR could be the gateway to supporting direct investments from the Middle East to China. Most Chinese investments into the region have largely been made by state-related entities, and private sector investments to the Middle East have been “few and far in between, very sketchy”, Mr Bao said.

“The cream part of the Chinese economy — the technology and the digital economy — they are hardly there, most of our guys [CR portfolio companies] are not there,” Mr Bao said. “This is one area where we want to add value” and build “trusted connectivity” between Chinese and Middle Eastern private sector investors.

CR is “very serious” about its expansion in the Middle East, but it has yet to decide on where it will set up its operations. The company is looking at several options, including setting up a regional base to bring the entire suite of its investment banking and wealth and asset management services to the region. It may also choose to form several partnerships with local companies for different segments of its business, Mr Bao said. “Why can’t it be multiple partnerships in different areas, even in different geographies?” he said. “We have a big plan, and we want to do more things, but we also know that it takes time.”