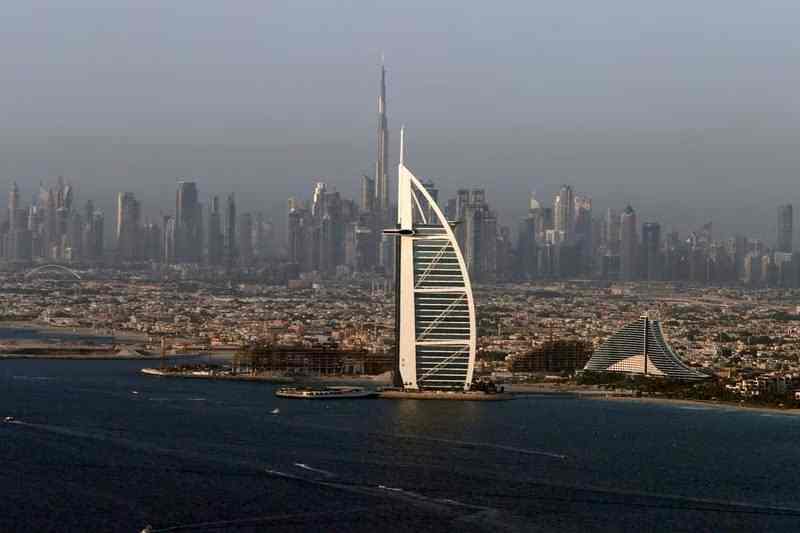 Collected Image
The Middle East and Africa was the only region in the world to record an increase in hotel pipeline activity at the end of the fourth quarter, hospitality industry analytics provider STR has said.

The region's total hotel rooms under contract rose by 1.1 per cent in December, compared with the same month in 2021, to 238,635 rooms. Saudi Arabia and the UAE led hotel construction activity in the region, with 40,742 rooms and 27,456 rooms, respectively, STR said in a report on Thursday.

The kingdom aims to deliver 310,000 completed hotel rooms in the kingdom by 2030 as part of plans to develop its hospitality market for domestic and international tourism, said a recent report by global property consultancy Knight Frank. Delivery of the rooms under construction is forecast to cost about $110 billion, it said.

The UAE’s hospitality market is set to expand by 25 per cent by 2030, with a further 48,000 rooms added to the country's extensive 200,000 key portfolio, Knight Frank said in a September report. The delivery of the planned hotel rooms is forecast to cost about $32 billion, it said.

In the Middle East and Africa, the number of hotel rooms under final planning in December rose by 6 per cent annually to 41,086 rooms, STR data showed.

However, the region's construction activity fell 5.8 percent to 122,686 rooms while projects under final planning declined 6 percent to 38,147 rooms during the month, the report said.

Hotel rooms under planning increased 11.5 percent to 74,863. Europe recorded the biggest decline in overall hotel pipeline activity among the world regions in December, compared with the same month in 2021, the data showed.

STR did not provide an explanation for the decrease. The total number of hotel rooms under contract on the continent declined 11.2 percent to 483,948 rooms, the London-based company said.

Germany and the UK led Europe in terms of total rooms under construction, with 36,162 rooms and 28,426 rooms, respectively.

The Asia-Pacific region recorded the second-biggest drop in overall hotel pipeline activity globally in December. The region's total number of hotel rooms under contract declined 5.4 per cent to 891,236 rooms while those under construction in the region rose by 0.6 percent to 476,942 during the period. Rooms under final planning dropped 36 percent to 108,955 rooms.

Among countries in the region, China has the highest number rooms under construction (300,163), followed by Vietnam (31,570).

In the Americas, the total rooms under contract declined 3.2 percent to 736,823 in December from the previous year. “The US holds the majority of rooms in construction [159,344] in the region and showed its first year-over-year increase in the phase since late 2020,” STR said.

After the US, Mexico (11,398) and Canada (6,752) had the highest number of rooms under construction in the region, the consultancy said.
Source: https://www.thenationalnews.com