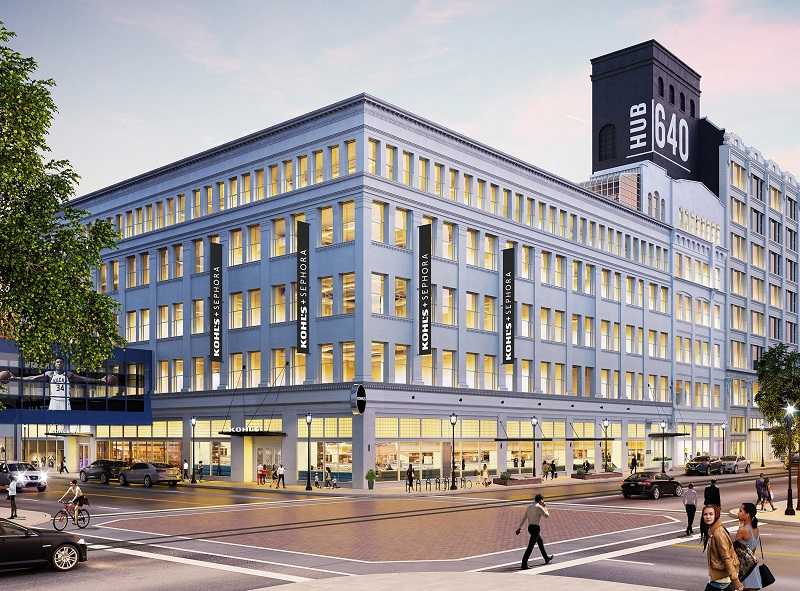 Collected Image
Like in has in all major cities, Milwaukee’s commercial real estate market has faced a tough one-two punch: the COVID-19 pandemic and now the uncertainties that come with rising interest rates. But the CRE market here? It is holding steady in some sectors, thriving in others, despite the hurdles thrown up by these major challenges.

And the best news? The real estate professionals working in the city and its suburbs say that the future remains bright for commercial real estate in Milwaukee. One sector that is doing especially well in the Milwaukee market is multifamily.
Read More : Canada real estate: Home sales, prices plunge from highs as interest rates rise
Daniel Management Group understands this. The Chicago-based property management company has branched out to the Milwaukee market. This includes the recent $13 million in renovations it completed on Whitnall Park Apartments, a 480-unit apartment community that serves nearly 1,000 residents in the Milwaukee suburb of Franklin.

Roger Daniel, president and founder of Daniel Management Group, said that the Milwaukee market remains a strong one for multifamily. And he expects the market to remain hot for the foreseeable future. Daniel said that demand remains especially strong for higher-end apartment communities and those in the suburbs of Milwaukee. “The newer the product in the suburban market, the higher the demand,” Daniel said.

While rising interest rates might pose a challenge for investors, they are a boon to those who already own apartment product, Daniel said. If mortgage interest rates rise, it becomes more expensive for consumers to buy single-family homes. This prices many out of homeownership, and leads them to the apartment rental market.

Daniel, then, said that he doesn’t expect rising interest rates to slow the apartment market in the Milwaukee area. Part of the reason? So many different groups of buyers are interested in apartment living today. This includes members of Generation X and Millennials who saw the values of their parents’ home topple during the last recession. This caused these younger consumers to look differently at homeownership, not automatically viewing it as inherently better than renting.

Younger people have also struggled to save enough money for down payments. This, too, has kept them in the rental market for longer. Rising housing prices are another factor that has kept members of the younger generation from flocking to the housing market as aggressively as their older peers did. “It’s gotten very expensive to own a home,” Daniel said. “The cost of homeownership has gone up extraordinarily high. Younger people want the flexibility that apartments provide.”

It helps, too, that apartments have become more attractive. Developers today must provide a host of high-end amenities if they want to attract renters. This holds true in the Milwaukee market, too, Daniel said.

Renters today are looking for workout rooms, coworking spaces, community rooms and pools. High-speed Internet matters, too, Daniel said. “People are really interested in the amenities today,” Daniel said. “They want the convenience of having all these features right in their own buildings.”

The work that Daniel Management Group put into Whitnall Park is a good example. The goal was to transform this suburban product into a best-in-class asset. The work included exterior work and window replacements. Daniel Management Group also oversaw a rehab of about one-third of the project’s apartment units and the building’s hallways.

The owners of buildings that don’t feature enhancements such as these will struggle to attract renters, Daniel said. “The bar has been raised when it comes to amenities,” he said. “Renters will pay more for better amenities. The amenities matter when it comes to not only getting renters, but keeping them. If you are in a position to do it, you’ll get stickier tenants.”

Developers are also facing the challenge of supply and labor shortages. That is the case in Milwaukee, too. But Daniel said that these problems have been happening for so long, that developers are learning how to work around them. “People who are going to build a new-construction anything, including an apartment building, are putting a fair amount of cushion in their numbers, anticipating higher costs and delays. There are good reasons for this. The average person building today is anticipating higher costs for the near term.”

Life coming back to downtown

The pandemic hit the retail sector hard during its earliest days. But now? Retailers have adapted to the changing demands of consumers. They continue to offer curbside pick-up, enhanced delivery options and grab-and-go services, all alternatives that took on greater importance during the pandemic.

These services are helping the savviest of retailers not only survive today but thrive. The omnichannel approach, with retailers focusing both on in-store and online locations, has long been important. But today, retailers will struggle if they fail to offer consumers both online and in-person ways to shop.

Michael Fitzgerald, principal with Mid-America Real Estate in Milwaukee, said that this trend is strong in the Milwaukee market, too. Retail has transformed, he said. And this is true not only in the suburbs but in downtown Milwaukee, too. Following a brief pause during the height of COVID, developers have once again returned to downtown Milwaukee, resuming the construction of new retail and mixed-use developments that have reinvigorated what once was a sleepy part of the city.

Fitzgerald describes 2021 as a robust year for Milwaukee’s retail sector and for Milwaukee in general. He points to two big events that helped bring new consumers and interest to the Milwaukee market, golf’s Ryder Cup held in nearby Kohler, Wisconsin, and the 2021 NBA finals that, of course, featured a championship run by the Milwaukee Bucks. “We are seeing a lot of benefits today coming out of that busy 2021,” Fitzgerald said. “Commenters on the national networks were talking about how nice Milwaukee was. That brought a lot of attention to the city. It felt a bit like a new Milwaukee.”

This neighborhood has been developed on 30 acres of land that was once home to the Park East Freeway. The Deer District regularly brings a stream of consumers to downtown Milwaukee, Fitzgerald said.

There are big plans for the future of this district, too, including a music venue with two large music halls and a new Marriott hotel. “This area used to be an isolated island in downtown,” Fitzgerald said. “Now we have a live-work-play dynamic in the Deer District. This district touches on a lot of items that consumers are looking for today. Had this vision not been there, this part of downtown would not be seeing the revitalization it is seeing now.”

There are other exciting retail projects scheduled for downtown Milwaukee, too. Kohl’s will open a 40,000-square-foot store in the fall of 2023 in downtown on the ground floor of the HUB640 mixed-use building.

HUB640 itself is an important building in downtown Milwaukee. It is the former headquarters of Bon-Ton and the company’s flagship Boston Store department store. Bon-Ton and the Boston Store both closed here in 2018, after North Wells Capital acquired the property. North Wells has since rebranded the space as HUB640, with a portion of the building transformed into 74 multifamily units. “It is a major win seeing a retailer that is based in the Milwaukee area bringing a store to downtown Milwaukee,” Fitzgerald said. “This will help to revitalize the Western corridor.”

Immediately to the east of this new Kohl’s sits one of Milwaukee’s original enclosed shopping malls, the Grand Avenue mall. This mall has gone through several ownership changes and has since been renamed The Avenue. The big feature here is the 3rd Street Market Hall, Milwaukee’s largest food hall, one that attracts both locals and tourists to the area. “That part of the city had languished behind some other areas of downtown,” Fitzgerald said. “Now we are seeing a resurgence here. New residential towers are being planned. There is some real excitement about this portion of downtown.”

The two companies have agreed to purchase an 11-acre parcel from Marquette University. The hope is that this development will provide a boost to the city’s Westown neighborhood in downtown. The plan is for the soccer stadium to boast 8,000 seats. “There are rumors that a professional soccer club is coming,” Fitzgerald said. “This is all within a subset of downtown that over the last decade or two had been forgotten about. A project like this will continue to improve the overall viability of what downtown Milwaukee is.”