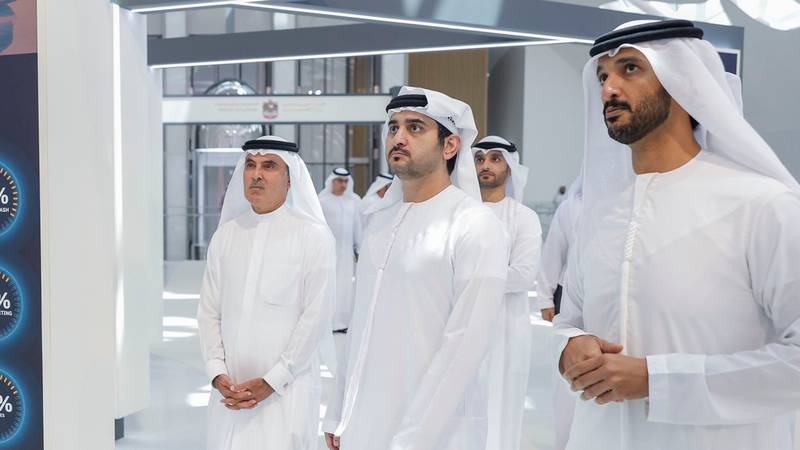 Collected Image
The UAE has launched a programme that aims to double family-owned businesses' contribution to the nation's gross domestic product to $320 billion by 2032 by preparing them for the future economy.

Thabat Venture Builder, the first such initiative in the region, will support companies through a five-month programme where they will look at how ideas can be transformed into viable business projects by adopting emerging technologies, the Ministry of Economy said at its launch in Dubai on Monday.
Read More : DIFC reports 11% rise in companies joining financial centre in first half of 2022
The programme aims to transform 200 family business projects into major companies by 2030 with a market value exceeding Dh150bn ($40.84bn) and annual revenues of Dh18bn, a statement from Dubai Media Office said.

The initiative will help family businesses enter sectors outside their traditional fields, and encourage them to embrace advanced knowledge-driven industries such as artificial intelligence, biotechnology, agricultural technology, space sciences and renewable energy.

It will take on batches of 10 to 20 family businesses, with each company nominating three of its members from the second or third generation. This will culminate in a presentation of their projects to potential investors at the end of the programme.

The launch was attended by Sheikh Maktoum bin Mohammed, Deputy Prime Minister, Minister of Finance and Deputy Ruler of Dubai, and Omar Al Olama, Minister of State for Artificial Intelligence, Digital Economy and Remote Work Applications and chairman of the Dubai Chamber of Digital Economy.

“We are keen to develop a system that would develop family businesses … helping them adopt advanced technologies and become part and parcel of the future [economy],” Abdulla bin Touq, Minister of Economy, said at the launch of the initiative. “The UAE is about to enter unprecedented growth in the next 50 years, and family businesses are invited to become a pillar of this.”

The Ministry of Economy is working on creating an integrated system that brings together family businesses, start-ups, business accelerators and investors, he added. Family businesses play an important role in supporting the UAE's economy and account for some of the biggest conglomerates in the nation.

Up to 90 per cent of private companies in the country are family businesses, employing more than 70 per cent of the sector's workforce and contributing about 40 per cent to the Emirates GDP, according to data presented by the Ministry of Economy at the launch.

Thabat aims to further strengthen the role of family businesses by helping them transition from the traditional economy to a future that is technologically driven, said Abdulaziz Al Ghurair, chairman of Dubai Chambers.

“The biggest challenge is initiative, and most families are used to the traditional economy. They need to take initiative into this new economy, and in the new economy, you need to know the business and you also take some risks,” Mr Al Ghurair told The National.

He noted the success of start-ups such as Souq.com — which was acquired by Amazon — Careem and Noon, which started small but eventually became among the most successful companies in the region. “They started very small but they had the vision. These digital companies are now dominating, and we want to encourage this,” he said.

Mr Al Ghurair said Thabat was “explicit” in encouraging more participation from women, who will play an important role in family businesses.

“They are the future shareholders of companies; when fathers move on, daughters will become shareholders. You need women to be aligned to the interest of the company. Sometimes, because of exclusion, they just want out, but we don’t want that,” he said. In January, the UAE issued a new family business ownership governance law, further strengthening the sector’s contribution to the economy and facilitating the transition to successive generations.

Mr Al Ghurair also did not rule out encouraging family businesses to consider initial public offerings, given that the government is promoting local listings. “Going IPO is one of the solutions, but I think [creating] awareness at family businesses, ensuring that it is run as a corporate and not as a father-son company, is very important to ensure a smooth transition,” he said.
Source: https://www.thenationalnews.com