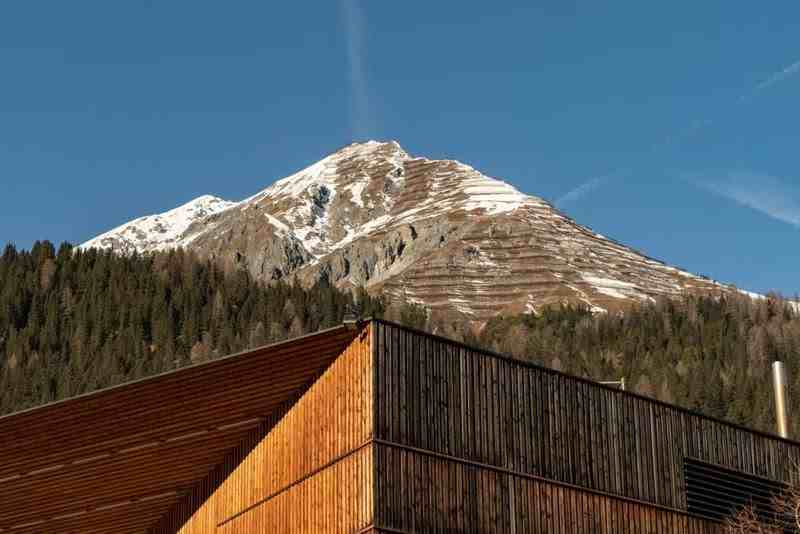 Collected Image
The private sector must take a “bolder role” to help improve the flow of talent, data and goods to boost growth, according to the company behind a new research tool to measure the potential of greater economic integration in the Mena region.

Majid Al Futtaim’s Menap Economic Integration Barometer, launched on Wednesday in Davos, provides a baseline “from which to assess our progress, providing transparent and systematic tracking to trigger dialogue and initiate action”, it said.
Read More : IEA raises oil demand growth forecast for 2022 and 2023
Developed in partnership with the World Economic Forum and consultants McKinsey & Company, the barometer shows intraregional exports account for only 2.9 percent of total gross domestic product, compared to to a global average of 7.9 percent and 22 percent across the EU, Norway, Switzerland and the UK.

However, its global exports are valued at 34 percent of gross domestic product, compared with a global average of 25.5 percent, thanks to the hydrocarbons industry.

While unemployment compares favourably to the global average, of the nearly 15 million people who migrated intra-regionally in Menap region — comprising the Middle East, North Africa, Afghanistan and Pakistan — in 2019, about 50 percent of the professionals who moved left the region completely.

The intraregional flow of intellectual property is only 1.4 percent, compared with 62 percent in the EU, Norway, Switzerland and the UK.

While 8.5 percent of the world's population are in the Middle East, it only accounts for 3.4 percent of global GDP.

“We see, based on pure math, a $2.5 trillion GDP opportunity just by the Mena region catching up with global averages,” said Ahmed Ismail, chief executive at Majid Al Futtaim Holding, during a discussion at the World Economic Forum's Annual Meeting.

The company operates shopping malls, including Mall of the Emirates, other retail and leisure businesses, and is also a developer of real estate communities across markets in the Middle East, Africa, and Asia.

“If we were operating Mena and Mena had caught up to the global average, our business will be two to three times the size it is now,” said Mr Ismail.

“So, it is also a great opportunity for the private sector to see, not just the good for the region in terms of employment, social cohesion, investments, education, etc. It is also good for business because it will allow all of our businesses out of [the] Mena [region] to dream to scale up.”

The barometer becomes a call for action for the private sector to come together and think about initiatives it can adopt and try to “drive integration around free movement of goods, movement of people, capital, intellectual property”, said Mr Ismail.

The group chief executive of e&, Hatem Dowidar, said the telecoms sector offered a good example of how capital could flow successfully between countries in the region.

“Data movement, in terms of connectivity in the region, is growing. And there are lots of investments in it. So, the amount of cables that are starting to run now, coming from India, all around the GCC and then into Africa, and North Africa, is growing,” said Mr Dowidar.

Majid Jafar, vice-chairman of the Crescent Group and chief executive of Crescent Petroleum, said what existed in the Gulf economies was a “good starting point” for greater integration.

“The benefits of trade or investment are where you have differences in competitive advantage. And actually, the Gulf economies, by and large, are quite similar. So, the benefits will be when that integration happens with the wider Mena region, the big population centres that actually have larger markets in terms of consumers, and perhaps advantages in other areas.”

Mr Dowidar highlighted the strength of Gulf economies — which already have a customs union — and their ability to drive greater integration.

“We have a very, very strong engine with the UAE and Saudi Arabia, being big investors, big countries that are economically large compared to all others in the region,” he said. “And as a local motor for the region, if these two countries continue to invest and continue having to build leadership, I think there is a very good chance of success of pulling the rest of the region behind them and creating better affluence.”

McKinsey's Sven Smit said job creation would be key for any successful integration. “What will be needed next to the barometer, which just says here is the baseline, is 'what is the narrative for this region?', which is very diverse,” said Mr Smit, a senior partner and chair of McKinsey Global Institute.

“I will argue … this starts with jobs as a region is not inclusive to society if people are not empowered to have a job, to be part of education, or have health care … affordable housing and all that kind of stuff.”
Source: https://www.thenationalnews.com