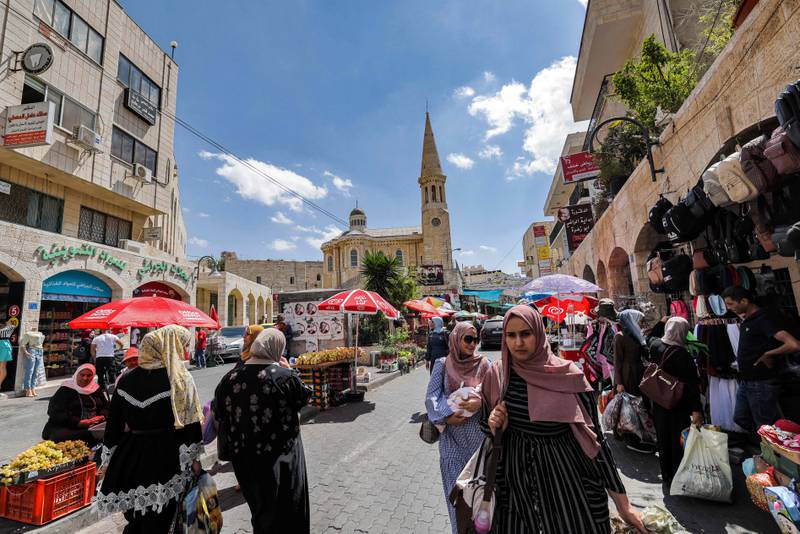 Collected Image
The increase in global energy and food prices has exacerbated the challenges facing the Palestinian economy, which was already weakened by the Covid-19 pandemic and decades-long Israeli occupation, according to the UN Conference on Trade and Development (Unctad).

Palestine faces the risk of higher inflation and greater food insecurity this year because most of its wheat supplies are imported from Russia and Ukraine, either directly or through Israel, Unctad said in a report on Wednesday.
Read More : Major food crisis threatens 35 countries amid rising inflation, IIF says
"Unctad urges the international community to extend sufficient and predictable financial support to the Palestinian people to alleviate suffering and prevent a deep socioeconomic crisis from worsening," it said.

The economy of the occupied Palestinian territory grew by 7.1 percent in 2021, after a 11.3 percent contraction in 2020 owing to the Covid-19 pan­demic, as a vaccination cam­paign was carried out and move­ment restrictions were eased.

However, Palestine’s last year’s gross domestic product growth re­mained below pre-pandemic levels of 5.1 percent economic expansion in 2019. The limited recovery in 2021 was unevenly concentrated in the occupied West Bank, while Gaza lagged, and the divergence between the two Palestinian regions widened.

In 2021, unemployment remained high, at 26 percent, in the West Bank, while in Gaza, more than half the workforce was unemployed, and 83 percent of workers received less than the minimum wage, Unctad figures show.

Poverty deepened, with the latest data indicating that 36 percent of the Palestinian population lives below the poverty line. Meanwhile, food insecurity increased to 23 percent from 9 percent in the West Bank, and from to 53 percent from 50 percent in Gaza.

Inflation in the occupied Palestinian territory, which has been below 2 percent in recent years and turned negative in 2020 owing to the pandemic, rose to 1.2 percent in 2021 with the recovery under way.

As the "low base effects" that underpinned growth in 2021 fade and the status quo persists, GDP growth is expected to be in the range of 3 percent in the medium term, Unctad projections show.

This is "barely enough to keep up with a growing population and implying weak labour markets and per capita GDP stagnation", it said. "However, the deterioration in global economic prospects in the first half of 2022 has put the prospects firmly on the downside."

The ability of the Palestinian government to effectively respond to the pandemic has been constrained by systematic barriers imposed by occupation, which deprives it of the policy tools and fiscal and monetary action available to other governments, Unctad said.

"If the status quo persists — with occupation entrenched and donor aid dwindling — in the short to medium term, GDP growth will barely keep up with population growth, implying, at best, per capita GDP stagnation and persistent high unemployment and poverty," Unctad said.

"The crisis can be overcome by lifting the restrictions imposed by occupation that facilitate the leakage of Palestinian fiscal resources to the treasury of the occupying power and shrink the tax base by stifling economic activity," Unctad said.

Palestinian women are disproportionally affected by restrictions on movement imposed by the occupation, undermining women's rights to equal labour market participation by hampering their access to work, education and health care, the report said.

Palestinian women face additional safety concerns during commuting and at checkpoints, which restrict many of them to working from home or near by, or to being unemployed.

Even though Palestinian women have better education and more years of schooling than men, by the end of 2021, 54 per cent were unemployed compared with 30 per cent of men, Unctad said. On average, women earned 20 cents of gross national income for every dollar earned by men.
Source: https://www.thenationalnews.com