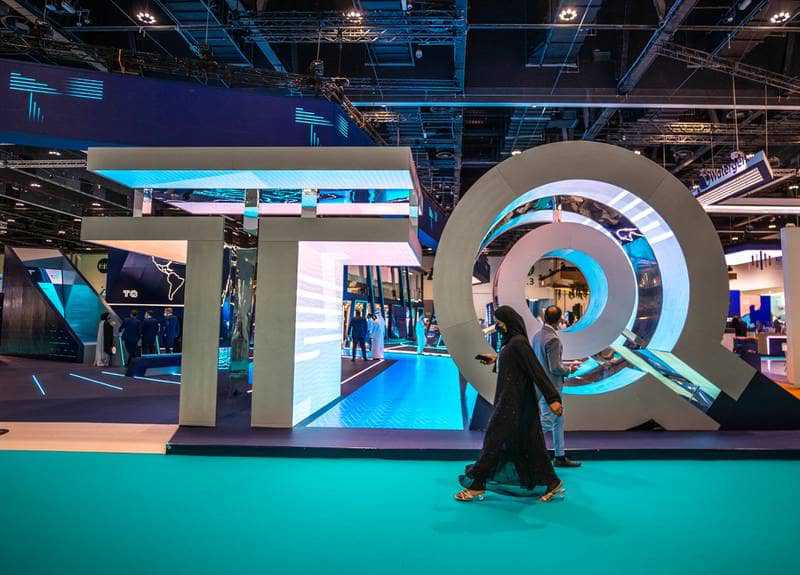 Collected Image
Abu Dhabi National Energy Company, better known as Taqa, reported a 37 per cent increase in first-quarter profit as revenue grew during the period on the back of higher oil prices.

Net profit attributable to the equity holders for the three-month period to the end of March rose to Dh1.97 billion ($536 million), the company said in a statement to the Abu Dhabi Securities Exchange, where its shares are traded.

Revenue during the period jumped 20 per cent to Dh12.4bn. “Taqa delivered strong performance underpinned by its stable, regulated and contracted utilities businesses and boosted by higher commodity prices,” the company said.
Read More : Oil prices close 2% higher but decline for second week as countries release more stock
Oil prices are currently trading higher, benefitting oil and gas companies around the globe. Brent, the global benchmark for two thirds of the world's oil, is up more than 30 per cent since the start of this year after falling from a 14-year high of about $140 a barrel in March, amid supply concerns because of Russia's military offensive in Ukraine.

Last month, Moody's Investors Service revised its outlook for the global energy industry to positive, from stable, as higher commodity prices are expected to boost the earnings of oil and gas companies.

The earnings of energy companies active in exploration and production, refining and marketing, and oilfield services will rise due to higher oil prices, the rating agency said.

Taqa's average oil and gas production volumes increased by 5 per cent during the first quarter, driven by higher production in Europe, the company said.

“The current market conditions further advance our positioning to actively pursue organic and inorganic growth opportunities in the UAE and abroad, and make Taqa a competitive investor that is agile and able to swiftly execute,” said group chief executive and managing director Jasim Thabet.

The company also declared a first interim cash dividend for the year of Dh675m (0.60 fils per share), in line with its dividend policy.

Apart from the UAE, Taqa has operations in countries such as Canada, Ghana, India, Iraq, Morocco, Oman, the Netherlands, Saudi Arabia, the UK and the US. It has investments in power and water generation, as well as in the oil and gas sector.

The company is set to become a shareholder in Abu Dhabi clean energy company Masdar, along with Adnoc and Mubadala Investment Company. It will take a 43 per cent stake in Masdar’s renewable energy business while Mubadala and Adnoc will retain 33 per cent and 24 per cent, respectively, after the completion of the transaction in the coming months.

Taqa will also be taking a 24 per cent stake in Masdar’s green hydrogen business, with Adnoc holding 43 per cent and Mubadala 33 per cent. The company, which is expanding operations, plans to boost its growth in the renewable energy sector through acquisitions, Farid Al Awlaqi, the company's executive director of generation, told The National earlier this week.

The Abu Dhabi-listed utility aims to generate more than 30 per cent of its power from clean sources by 2030, compared with 5 per cent currently, he said.
Source: https://www.thenationalnews.com