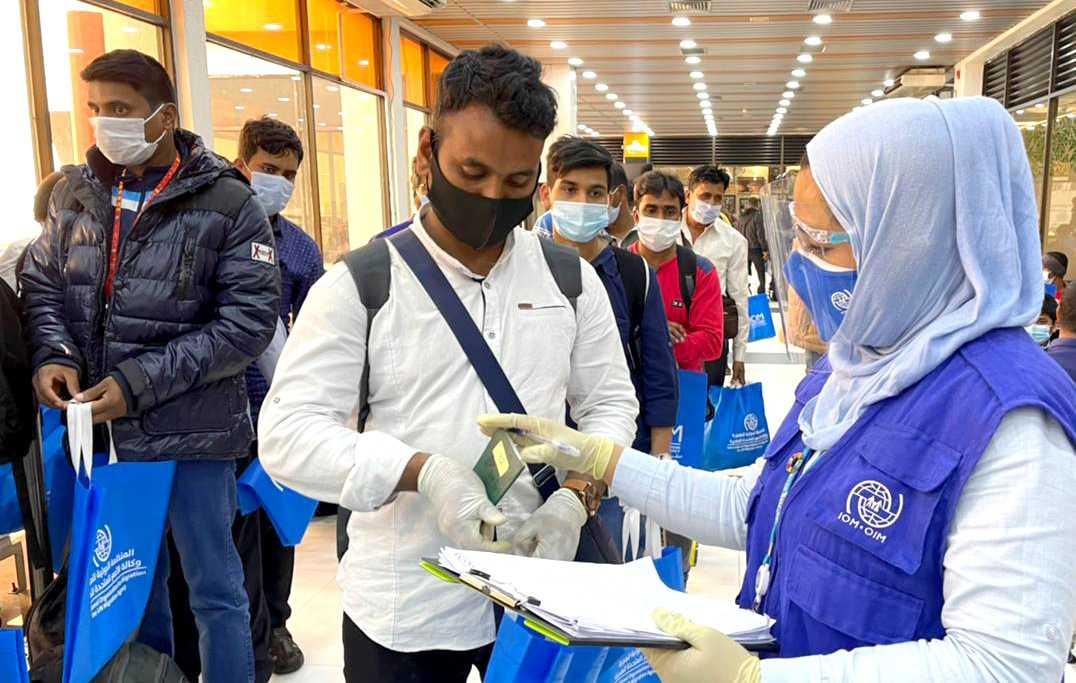 Image: Collected
Around 77% of the returnee migrants in Bangladesh were desperate for jobs between April and November this past year because of Covid-19 pandemic, a fresh study has revealed.

Among the migrant households with returnees, 61% had at least one member who lost a job or earning opportunity during the pandemic.

A lot more than three-fourth (77%) of the marriages that occurred in households during surveyed period had brides who were beneath the age of 18, which is 26% higher than the national rate of child marriage (51%) in 2018.

Child marriages were found to become more prevalent in rural areas (81%) than in urban places (70%).

They are the outcomes of a research jointly conducted by BRAC, UN WOMEN Bangladesh and the guts on International Cooperation at New York University.

The research checks the changes in demographic, economic, and social environments in secondary towns, peri-urban (upazila), and rural areas due to the reverse migrations through the Covid-19 pandemic.

The findings of the study titled “Demographic and socio-economic changes induced by the Covid-19 pandemic: Challenges of new circumstances” was unveiled at a virtual policy dialogue on Saturday.

A panel of distinguished experts, academics, policymakers, and development professionals shared their valuable insights at the dialogue.

In addition they discussed the policy priority areas determined by the study findings and way forward.

Senior Secretary Dr Shamsul Alam, also person in the General Economics Division at the Planning Commission, attended the dialogue as the principle guest.

A survey was conducted with 6,370 households during 10-25 December 2020 within the study that applied both quantitative and qualitative techniques.

The survey considered April-November 2020 as a reference period.

The study calls attention specifically to the impact of the Covid-19 on internal and international migration, including returnee migrants who were forced to return with their places of origin because of various circumstances during the pandemic.

One-fourth (25%) of returnee migrant households are concerned over repaying their outstanding migration loans, which amount to typically Tk76,000 (around US$900), and no more than Tk700,000 (around US$8300), the analysis found.

Around 44% reported that they cannot find any income-generating work plus some of these are managing expenses by withdrawing from savings or using rent from assets.

The surveyed households reported a 58% decrease in monthly remittances received typically during the pandemic that's in stark contrast with the national reports of higher flow of remittances during this time period.

However, a plausible explanation is based on previous researches that recommend almost half of the remittances received by the households under normal circumstances are through unofficial channels (such as for example hundi houses, travelers carrying money, etc), that have been unavailable through the pandemic.

The returnee migrant families will put strain on the existing limited resources, especially in education and health sectors.

The study found that 4.57% amongst the returnee population were school-aged children (age 5 to 16 years).

If these children cannot return to their previous schools after those reopen, the educational institutions in local host communities will be under great pressure.

They have a smaller chance of re-migration, which includes significant implications for the health services, especially on the services related to non-communicable diseases.

The feminine returnee migrants, mostly internal migrants, have been put through heightened burden through the pandemic.

They identified inability to activate in productive or income-generating work (74%), problems in moving freely in the streets and marketplaces (26.8%), problems in adjusting with local culture and absence of social utilities (20%), and increased burden of household chores and problems in child-rearing and ensuring their education (18%) as major problems faced by them.

In general, the monetary disruptions caused by Covid-19 left many persons jobless, especially in the low-income and informal economy.

Around 34% of most surveyed households had at least one member who lost jobs or earning capacity and became economically inactive.

Moreover, in excess of three-quarters of sample households (77%) saw a decline within their average monthly income through the pandemic.

The common monthly savings of households decreased by 62% typically, and household debt increased by 31%, because they depleted their savings and borrowing money to manage their daily expenses.

The common monthly expenditure alternatively fell by only 8.6%.

The average family size was found to be 4.7, which is greater than the pre-pandemic national average of 4.06 (HIES 2016).

After the dissemination of the survey findings, Dr Shamsul Alam said: “Forced migration created frustration among people, particularly for women. We’ve to think over how exactly to create economic opportunities for them. We desire a recovery plan -- budget is a sort of recovery plan.”

UN Women Bangladesh Country Representative Shoko Ishikawa stated: “Even without data, child marriage is a problem. Migrants are seeing stress in lack of income. Social safety nets need to look into how exactly to support these migrant families such as for example creating more jobs, choosing the best sort of skills training.”

SANEM Executive Director Dr Selim Raihan, also an economics professor at Dhaka University, said: “When we're talking about recovery and coping strategies, these studies are extremely important. It's now time to involve all stakeholders, including people’s representatives, business, led by the federal government, and speak about economic- plus social recovery.”