Westeros wanderlust: the real-life filming locations for 'House of the Dragon' 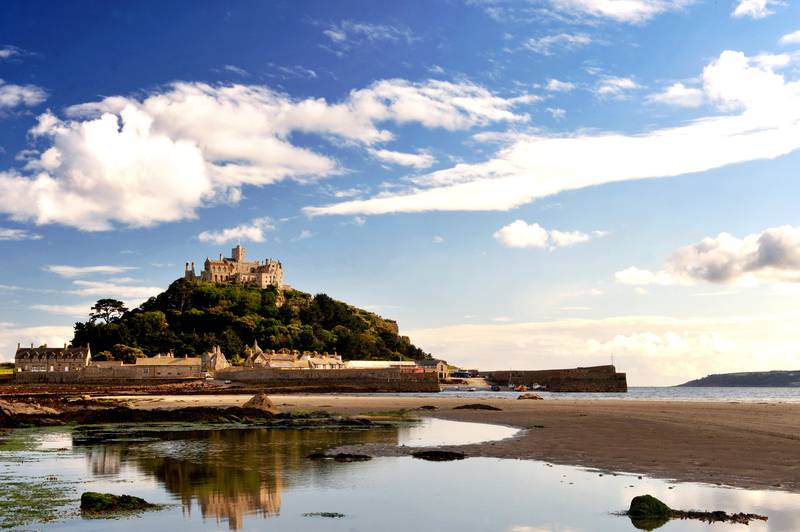 Collected Image
Dragons return to HBO next month as the show's eagerly awaited prequel, House of the Dragon, hits screens. While fans are sure to recognise the typical haunts of the Seven Kingdoms, a series of new filming locations are set to give Westeros a facelift.

The epic fantasy show used an impressive array of locations, including Malta, Iceland, Croatia and Northern Ireland, where most of the shooting took place. For House of the Dragon, however, HBO has decamped to the Warner Bros Leavesden Studios in England, with several exterior scenes being shot in Cornwall and Surrey, and mainland European destinations such as Spain and Portugal.

Prepare yourself for the coming release on August 22 with a look at some of the real castles, courtyards and coastlines that appear in the show.

Social media was flooded overnight with fan posts of elaborate film sets that had sprung up along the wild coastline, as cast and crew acclimatised themselves to the south-west’s wildest stretch.

The area is famous for its breathtaking scenery, surfing and mouthwatering Cornish pasties, and with temperatures regularly topping 30°C in August, there’s never been a better time to visit.

Kynance Cove on the Lizard peninsula is one of the more recognisable locations, because of its distinctive rock formations and white sandy beach. The National Trust-owned inlet is studded with craggy offshore islands rising from an impossibly blue sea.

Drive 30 kilometres up the coast and you’ll arrive at one of Cornwall’s most famous sights. St Michael’s Mount looms in the middle of Mount’s Bay, an island rock with a 12th-century abbey perched majestically on its clifftop.

During filming, eagle-eyed locals reported an archway set displaying the House Velaryon sigil of a seahorse. The house, of Valyrian descent, holds its seat at the fictional Driftmark, an island in Blackwater Bay located west of Dragonstone.

Further north, the cast visited the dramatic rolling hills of the Peak District in May 2021, a national park famous for its moorlands, valleys and lakes, while a tournament scene is believed to have been shot in Surrey.

Monsanto, Portugal
Thanks to a Portuguese casting call, fans in Europe discovered scenes from House of the Dragon were being filmed at the Castle of Monsanto, a medieval fortress with arched gates and walled courtyards.

One of the most picturesque places in Portugal, Monsanto is known for its huge granite boulders skilfully incorporated into the village’s architecture. In this stunningly beautiful corner of the earth, you’ll find charming cobbled streets, 18th-century houses and Romanesque chapels dotted around the rocky landscape.

The formidable stone fortress is the perfect backdrop for fire-breathing beasts, and the desolation of the ruins only add to their mythical beauty. There’s very little to see inside the crumbling walls, but cast your gaze outward and you’ll be rewarded with stunning views across to Spain in the east and the Barragem de Idanha dam to the south-west.

Caceres and Trujillo, Spain
Only two hours drive from Monsanto lies the Spanish city of Caceres, with its narrow cobbled streets and ancient stone walls overlooked by grinning gargoyles that crouch amongst 16th-century turrets and spires.

Although not strictly its first appearance in Game of Thrones, Caceres will play a much more significant role in House of the Dragon, if local media reports are to be believed.

The Unesco World Heritage city was used sporadically as a backdrop for King’s Landing in season seven, when the usual set in Dubrovnik, Croatia wasn’t suitable. Now, the Ciudad Monumental, or Monumental City, is having its moment in the spotlight with several photos of sets and props appearing on social media, including a shot of a fountain decorated with lion statues.

Drive two hours east of Caceres and you’ll arrive at another beautiful medieval town. Trujillo boasts some of Spain’s most fascinating Roman ruins and with ancient castles studded along the hilltops, it’s easy to imagine dragons swooping between battlements.

Filming for House of the Dragon kicked off here in October last year, centred around the main square, although fans may also recognise Trujillo Castle as Casterly Rock, the ancestral stronghold of House Lannister.

Dubrovnik, Croatia
Considering just how many Croatian destinations were featured in the original series, it’s not surprising that the new cast returned here for filming in 2021. Previously, the Croatian cities of Dubrovnik, Split and Sibenik helped create the unique look and feel of some of the key locations in the story, attracting hordes of tourists to the site of the Iron Throne.

Of all the scenes in Westeros, Dubrovnik is perhaps the most widely recognised as the site of King’s Landing, with the Jesuit Stairs setting the scene for one of season five’s most memorable moments, Cersei Lannister’s “walk of shame”.

The Pile Gate, which is the grand entrance to the Old Town, was also used in season two when King Joffrey was attacked by angry crowds, to the delight of fans. Although exact locations featured in the new show are unclear, fans won’t have long to wait to find out, with only a handful of “long nights” until the premiere.