Is gold losing its shine as a safe-haven asset? 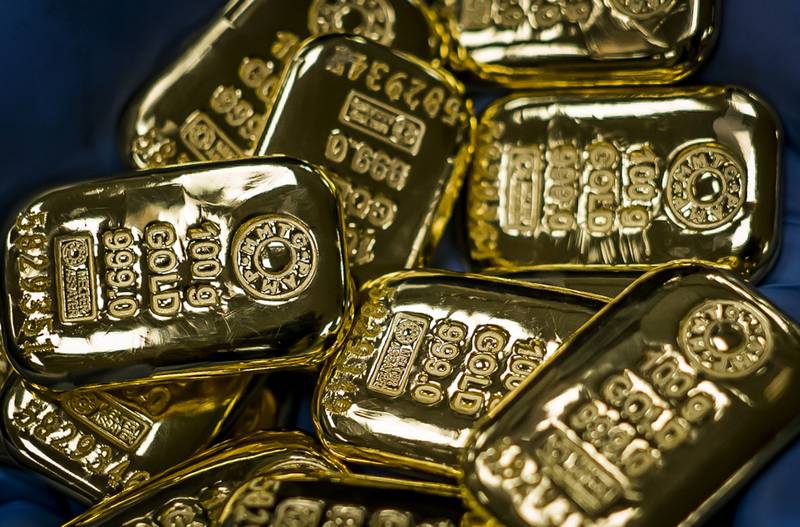 Collected Image
This has been a volatile year for investors, but perhaps the biggest shock is that gold has failed to live up to its reputation as the world’s safe-haven asset in a storm. Gold has acted as a store of value for more than 4,000 years, but in this turbulent year, it has fallen along with everything else.

This will have dismayed investors, who were advised to hold gold in their portfolios as protection against troubled times such as these. The theory was that when riskier assets like shares fall, investors dive into the precious metal, driving its price up and offsetting losses.

But gold has not done its job this year. Today’s price of $1,706 an ounce is 4.83 per cent lower than it was a year ago.
Read More : UK, U.S., Japan and Canada to ban Russia gold imports
While that is hardly a meltdown, it is not the type of performance to get the gold bugs buzzing. “Gold isn’t working,” says David Henry, investment manager at Quilter Cheviot. “This year’s rampant inflation, geopolitical turmoil, recession fears and rock bottom sentiment should have been the ideal environment for gold.”

Yet, it hasn’t worked out that way, which he calls a “head scratcher”. “A lot of the theoretical bull arguments for gold have materialised this year, yet the asset has gone nowhere,” Mr Henry says. In the inflation-wracked 1970s, gold was the best-performing asset class, appreciating more than 10 times in dollar terms.

That’s when it won its reputation as an inflation hedge, it has regularly failed to live up to it, Mr Henry says. When inflation picked up in the late 1980s and late 1990s, the gold price did not rise to match it.

It did put a shift in when markets crashed after the 2008 financial crisis, and again in July 2011, when the European single currency seemed on the brink of collapse.

Gold also peaked at the height of Covid-19 uncertainty, when the price hit $2,084 in August 2020. But two years later, it is trading about 18 per cent lower, despite this year’s catalogue of economic troubles.

Investors typically buy gold when they are fearful, Mr Henry says. “Gold price performance during every recession since 1970 has been positive, but it’s hardly a home run every time,” he says.

One reason is that a bar of gold may be “heavy, beautiful and reassuring”, but it generates zero income. That makes it less appealing today, when interest rates are at last rising after a dozen years, driving up the returns on rival safe havens cash and bonds. “In this environment, the relative attractiveness of a lump of shiny metal, which does not pay you anything, diminishes,” Mr Henry says.

Gold is also less attractive than shares as they continue to pay dividends even when stock markets fall. The best argument in favour of holding gold within a balanced portfolio is that it “dances to its own beat”, helping risk-conscious investors diversify their wealth, he says.

“Just bear in mind that there are no guarantees that gold will rise when stocks or bonds fall, just as we have seen this year.”

Another reason gold isn’t working this year is because the US dollar has usurped its role as the number one safe-haven asset.

Investors have piled into the world’s reserve currency to generate higher returns on offer as interest rates rise and gold will remain on a “shaky footing” while the US dollar is strong, says Vijay Valecha, chief investment officer at Century Financial. “Until inflation peaks and the Fed eases off, it will continue to be the same old story for gold,” he says.

Investors dumped gold again last week after the US inflation rate in August remained stubbornly high at 8.3 per cent.

Although that was marginally lower than July’s 8.5 per cent, investors took this as a sign that the US Federal Reserve will increase its funds rate by 0.75 per cent this week, says Fawad Razaqzada, market analyst at City Index and Forex.com. “The dollar rallied sharply as a result, which in turn weighed on gold,” he says. Gold could have further to fall as a result and could now test last year’s low of $1,676, Mr Razaqzada says.