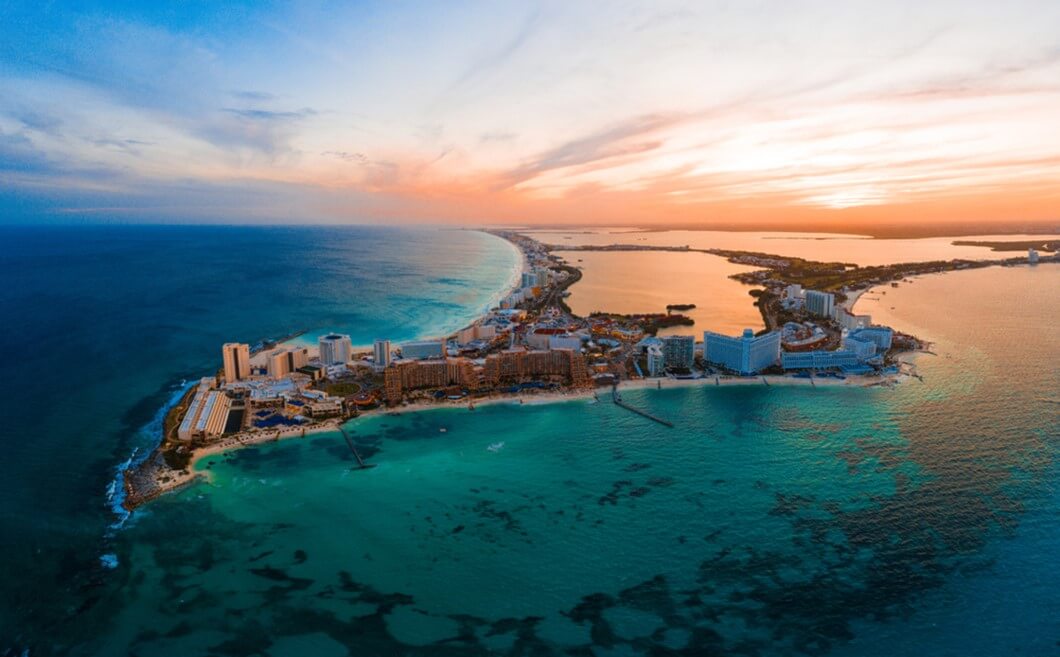 Collected Image
Increased demand and higher prices of vacation services explain the recovery of the tourism sector in Mexico.

From January to November, the number of international tourists in Mexico surpassed the pre-pandemic levels of 2019, giving a boost to the key industry at a time when the economy is still recovering.

Despite forecasts that estimated a full recovery of tourism number until the end of 2024, Mexico recorded a 16.9 percent increase in international travelers entering the country in the first eleven months of 2022.

For Francisco Madrid, director of the Center for Tourism Research and Competitiveness (Cicotur), November's results show, without a doubt, the progress made in the recovery of Mexican tourism.

According to an analysis by Cicotur, the increase in tourism revenue also shows the importance of the air sector, which has performed well over the past year.

"November's results continue to surpass those of 2019 (pre-pandemic year), and confirm the continuity of the recovery mainly thanks to the air tourism segment," Cicotur indicated regarding the results of the International Travelers Survey for the eleventh month.

The Center pointed out that revenues from international air tourism have allowed maintaining a surplus in the tourism balance of more than 18 billion dollars.

According to INEGI figures, between January and November, the revenue of foreign currency from tourism reached 23.5 billion dollars, an increase of 3.3 billion dollars over the figures prior to the pandemic.

Meanwhile, in annual comparison, the increase was 16.9 percent, compared to the 16.89 billion dollars reported as of November 2021.

The increase in tourism revenue produced by international travelers has been motivated by a couple of factors throughout the year: longer stays in tourist resorts, with higher revenue, as well as higher travel costs.

In addition to this growth, in the January-November period there was an increase in the average expenditure of international travelers of 38.5 percent compared to the same period before the health crisis, and 23 percent higher than the figure for the first 11 months of 2021.

However, recovery to pre-pandemic levels in terms of the number of foreign tourists arriving in Mexico remains vague.

Between January and November 2022, around 34 million international travelers vacationed in the country, a figure that is 15.5 percent lower when compared to the same period of the pre-pandemic year in 2019.

In addition, compared to the 28.18 million foreign tourists, the increase was 21 percent year-over-year. In absolute numbers, Mexico has lost, in the referred period, a little more than 6.2 million international travelers.

During the eleventh month of 2022, total revenue, related to international tourist arrivals, rose 12.9 percent with respect to the same period of the previous year, with tourist foreign exchange reaching 2 billion 263 million dollars.

The average expenditure of foreign travelers during the eleventh month of the year decreased by 2.6 percent to 674 dollars spent by each international tourist arriving in Mexico during November.

During the last year, Mexico's tourism dependence on the United States continued to increase. Between January and November 2022, 11.7 million U.S. travelers entered the country by air, an increase of 30.2 percent over the previous year's figures.

Despite an increase in the number of U.S. travelers, only U.S. airlines have been able to benefit, this was due to the downgrade to Category 2 status by the national aviation authority since May 2021.

"Only U.S. companies have been able to gain market share because we are in category 2, the recovery could have been better for the companies. Now it will be more complicated with the military airline that the government wants to promote," said Fernando Gómez, independent analyst of the sector.

On the other hand, the arrival of Canadian travelers increased 338 percent annually in the first 11 months of 2022, due to the low comparison of 2021, when the country of the maple leaf suspended its air connections to Mexico.
Source: https://www.tourism-review.com