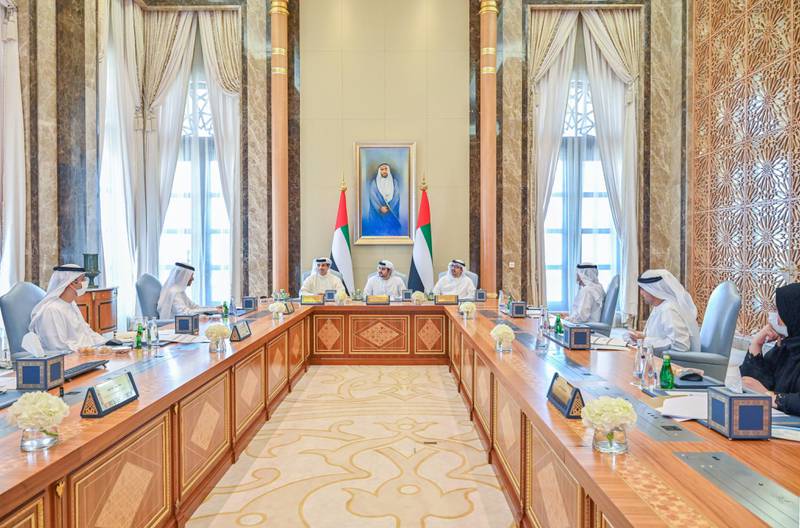 The committee discussed the federal government's cash flows for the 2022 and 2023 fiscal years in light of actual expenditure, the revenue collected during the current fiscal year and forecasts for expected revenue, the media office said in a statement.

During the meeting, the committee directed the Ministry of Finance to proceed with drafting the 2023 federal budget before presenting it to the UAE Cabinet for approval.

It also reviewed and issued the necessary directives regarding federal entities’ requests for additional funding for 2022.

The meeting was attended by Sheikh Mansour bin Zayed, Deputy Prime Minister and Minister of Presidential Affairs, Sheikh Abdullah bin Zayed, Minister of Foreign Affairs and International Co-operation, Mohamed Al Hussaini, Minister of State for Financial Affairs, and Khaled Al Tameemi, governor of the Central Bank of the UAE, along with Ministry of Finance representatives.

In June, the Federal National Council said the government planned to boost its 2022 federal budget spending by an additional Dh1.23bn.

The increased spending will come from the federal government's general reserves, the FNC said.

It said the UAE's revenue this year was estimated to increase by about Dh374.9 million.

The government's net operating surplus more than doubled in the first quarter of this year, as higher oil prices boosted revenue, according to data released by the Ministry of Finance last month.

The operating surplus for the three-month period to the end of March rose to Dh36.4bn, from Dh15.9bn posted in the same period in 2021.

Public revenue in the first three months of the year rose by 39 per cent on an annual basis to Dh123.8bn, the data showed.

The UAE economy bounced back strongly from the pandemic-driven slowdown last year — and the economic momentum has picked up pace this year.

It is set to grow at the fastest annual pace since 2011 after growing by 8.4 per cent in the first quarter of this year on higher oil prices and successful Covid-19 mitigation measures, according to official data.